Here are eight new releases to put on your reading list, including a bookstore owner who finds himself involved with a spy, a psychotherapist who discovers a sinister political scheme, and a prima ballerina who struggles with her career and ability to see ghosts.

THE LIGHTHOUSE WITCHES BY CJ COOKE

Starting a new life with her three daughters, a single mother takes on the job to paint a mural in a century-old lighthouse.

What lies underneath is a cave that used to be a prison for women accused of withcraft, and the mother goes missing along with two of her daughters, leaving only Luna behind. Twenty-two years later, Luna receives a call from the police that one of her sisters has been found.

While Luna has grown into an adult over the past decades, her sister looks exactly the same as she did when she disappeared.

THE LINCOLN HIGHWAY BY AMOR TOWLES

After serving his sentence at a juvenile work farm, 18-year-old Emmett returns home and reunites with his eight-year-old brother.

With no parents to rely on, the brothers come up with a plan to head to California for a fresh start in their lives. 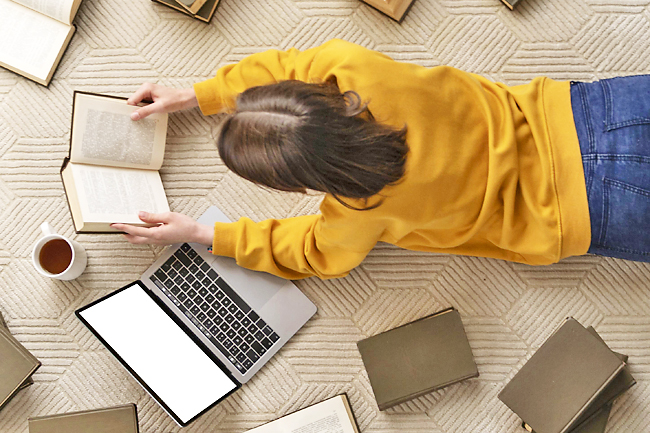 But Emmett’s friends – who should still be serving their sentence at the work farm – have something else in mind and it involves going all the way to New York.

The Lincoln Highway tells the story of a roadtrip adventure set in 1950s, spanning 10 days and narrated from multiple points of view.

FIND ME IN THE DARK BY DEA PIORIER

Harlow is a detective burdened with the fact of having a serial killer as her father.

When a body is found in a snowbank, Harlow and her partner Lucas are assigned to investigate the case.

As the murder spree continues, Harlow receives threats from someone who appears to know about her father and the secret she’s keeping from everyone around her.

THE BRIGHTEST STAR IN PARIS BY DIANA BILLER

Amelia St James is a prima ballerina at the Paris Opera Ballet putting up a perfect facade while taking care of her younger sister.

She has a few more years to go in her ballerina career but her hip injury shows no signs of going away anytime soon.

As she struggles to continue dancing and live up to everyone’s expectations, she runs into Ben whom she first met 12 years ago after surviving through war.

The Brightest Star in Paris is a historical fiction with a mix of romance and supernatural elements.

After giving up his lucrative job in the city, Julian now runs a small bookstore in a quiet English town by the sea.

His life takes a turn when he receives a mysterious visitor from Poland who seems to have taken an interest in his business.

Spy novel Silverview is the final book by John le Carré before the author passed away last year.

A post-apocalyptic dystopia where plastic is currency and people scavenge for plastic from the rivers and woods to exchange for food and supplies. Trapped on a massive junkyard, Coral clings to the hope of saving her son who has been kidnapped and forced to work in a factory.

THAT DARK INFINITY BY KATE PENTECOST

Cursed with immortality, Ankou appears to be a regular mercenary at night but is reduced to bare bones when the sun rises.

Upon meeting Flora, a handmaiden in search of the princess after surviving a massacre, the two strike an agreement. Ankou will help her find the princess and Flora will help him lift the curse.

Psychotherapist Neve returns to work after being stabbed by a patient only to be swarmed by patients who claim she has the power to stop the upcoming apocalypse.

The group leader, a mutual patient of Neve and her friend Cornelius, hands them over encrypted messages but then falls into a coma.