ZOLFO SPRINGS, FLORIDA (AP) – The thousands of oranges scattered on the ground by Hurricane Ian’s fierce winds like so many green and yellow marbles are only the start of the disaster for citrus grower Roy Petteway.

The fruit strewn about his 100-acre (40-hectares) grove in central Florida since the storm swept through will mostly go to waste. But what is even worse is the flood and rain waters that weakened the orange trees in ways that are difficult to see right away.

“For the next six months we’ll be evaluating the damage,” Petteway said in an interview at his farm, where he estimates about a 40-per-cent crop loss. “You’re going to have a lot of damage that will rear its head.”

Citrus is big business in Florida, with more than 375,000 acres (152,000 hectares) in the state devoted to oranges, grapefruit, tangerines and the like for an industry valued at more than USD6 billion annually. Hurricane Ian hit the citrus groves hard, as well as the state’s large cattle industry, dairy operations, vegetables like tomatoes and peppers, and even hundreds of thousands of bees essential to many growers.

“This year will be tough, no one is disputing that, but I believe in the tenacity and passion of our citrus industry professionals to come back stronger than ever,” said commissioner of the Department of Agriculture and Consumer Services, Nikki Fried. 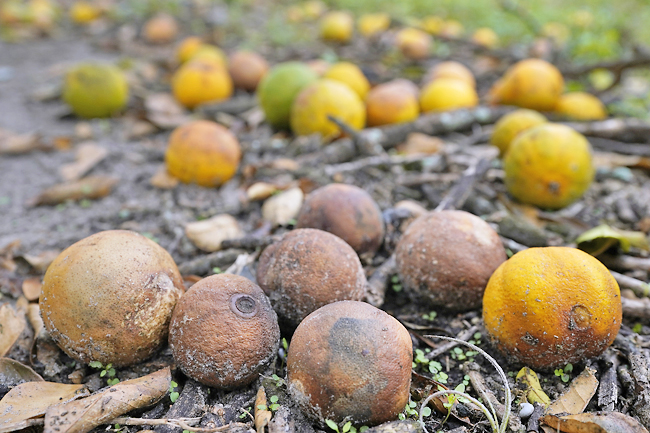 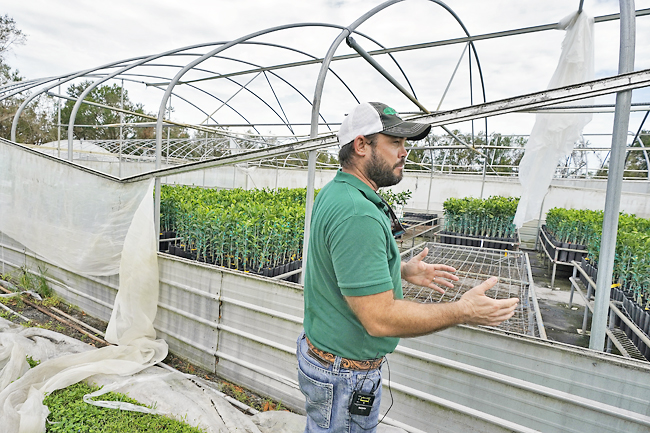 The orange forecast for 2022 to 2023, released Wednesday, puts production at about 28 million boxes, or 1.26 million tonnes, according to the United States (US) Agriculture Department. That’s 32 per cent below the year before and does not account for damage from the hurricane, which will surely worsen those numbers.

Most Florida oranges are used to make juice, and this season’s drastically lower harvest, combined with the still-unquantified slam from Ian, will press prices upward and force producers to rely even more heavily on California and imported oranges from Latin America.

“This is a gut punch. There’s no doubt about it,” said CEO of the Florida Citrus Mutual trade association, Matt Joyner . “You’ve really got about 72 hours to get the water off these trees before you start sustaining significant damage if not mortality. Trees need water to grow.

They don’t need to be standing in water.”

US Senator Marco Rubio, who appeared at a Florida Citrus Mutual event this week in Zolfo Springs, about 75 miles (120 kilometres) southeast of Tampa, said about USD3 billion in federal funding is needed to cover costs from loss of crops and trees. And, Rubio told about 500 people at the gathering, it’s crucial not to let the storm make agricultural land disappear.

“When you lose land, and what happens is people can’t afford to keep doing this anymore, and that land is taken. It’s gone,” the Republican senator said. “I’ve never seen a mall turned back into agricultural land.” Then there are the bees.

The University of Florida estimates that about 380,000 known bee colonies were in the path of Hurricane Ian as it bisected the state. The storm not only damaged the beehives themselves, but also blew off blossoms, leading some bees to raid other colonies for the honey they need to eat.

“Masses of honeybee colonies submerged in water are in distress,” the Florida Farm Bureau said in a statement. “Bee pollination is critical to the livelihood of our state’s plants and crops, and is just one example of the long-term effects of this deadly storm.”

More than 100 people died in Florida from the storm, about half of those in hardest-hit Lee County, where the powerful Category 4 hurricane came ashore with 259 kilometre-per-hour winds on September 28.

Hardee County, home to Petteway’s citrus and cattle operation, recorded four of those storm-related deaths. Adding to that tragedy, the long-term effects on the farm industry will add broad impacts on the community.

“If you eat, you’re part of agriculture,” Petteway, a fifth-generation Floridian, said during the tour of his groves.

“We were anticipating a very good crop this year. Sadly, there’s nothing we can do about it.

As Petteway drove around on a golf cart, in a neighboring pasture he spotted a brand-new donkey foal he hadn’t noticed before the hurricane. Coincidentally, not long after the storm passed, his wife gave birth to a daughter, now just over week old.

The people in these rural parts of Florida, he said, will recover as they always have.

“This was going to be the first good year in a while,” he said. “We’re a resilient bunch. This is just another hurdle.”