THE PHNOM PENH POST – Museums internationally are increasingly turning to immersive exhibitions as their star attractions, providing a multi-sensory experience where the visitor is immersed in the subject matter and transported through time and space to another era.

Immersive Angkor will allow visitors to travel back in time and see with their own eyes how the ancient Khmer people built temples that were so grand in their conception and design that they managed to outlast the Khmer Empire that they were monumental parts of.

Stepping into a large room, 3D images will emerge from eight directions and circle visitors, who can then see historical events being played out in front of their eyes through the use of this high-end technology.

“For the visitors, both international and local, the immersive experience will utilise cutting-edge technology that allows them to witness a recreation of the temples being constructed through ultra-realistic 3D animations,” said CEO of Confluences Soreasmey Ke Bin.

Confluences, founded in 2014, specialises in assisting other businesses that are looking to establish or expand their operations in Cambodia or other Southeast-Asian markets.

“This will transport them back in time to the era of the great Kings like Jayavarman VII and others,” said Ke Bin.

Immersive Angkor is a joint venture with multiple companies involved, including Confluences, and it is the first exhibition of its kind in the region.

Ke Bin told The Post that “Immersive Angkor will be the first permanent immersive museum in Southeast-Asia and we are incredibly proud that it will be located in Siem Reap, which is such a magnificent, iconic and prominent heritage site. This is the kind of complimentary museum exhibition that Angkor Wat deserves”.

One of the companies that Confluences is working with – French 3D-scanning firm Iconem – are considered the industry leader and a pioneer in the field of 3D-scanning world heritage sites to create this type of immersive exhibition.

Iconem, a company that has worked with large global organisations such as United Nations Educational, Scientific and Cultural Organization (UNESCO) and museums such as the Louvre, was originally founded to preserve a 3D record of endangered heritage sites so that future generations could learn from them if the actual physical sites were destroyed.

CEO of Iconem Etienne Tellier stated that “the Immersive Angkor project is based on a unique partnership between two start-ups. Iconem brings its cutting-edge techniques in the 3D documentation of archaeological sites while Confluences brings its perfect knowledge of Cambodia’s institutions and culture.

“This is what allows us to offer an experience that fits all audiences and everyone involved in the promotion of this exceptional site,” Tellier said.

Confluences and Iconem have now announced that a third company has signed on to be a part of their venture. Tandem Partners will be the strategic and financial partner for the group to help push the ambitious project forward.

The 3D images and videos recreating the Angkor temples during past historical eras will be projected onto the museum’s walls – surrounding viewers in a 360 degree rotation – according to Confluences.

“The visitors will better understand and appreciate the rich heritage of the Khmer civilisation, and they will themselves bear witness to the history of the Angkor temples and the Khmer people,” said Ke Bin.

With a dedication to Khmer culture and the history of the Angkor temples, the museum brings education, new technology and entertainment together in a complete “edutainment” package, according to Confluences.

Ke Bin told The Post that “it’s highly educational because probably more than 50 per cent of international visitors don’t fully understand the temples’ history and what they have been used for or who created them.

“Visitors are amazed by the architecture and the temples’ magnificence, but they tend to forget about the historical significance or context,” he said.

Ke Bin was born and raised in Lyon, France. He completed two masters degrees there – one in International Management and another in Defence and International Security – before he made the decision in 2002 to join his father in Cambodia.

Ke Bin said that through the power of its cutting-edge technology, the museum will provide an entertaining and captivating 60-minute multi-sensory immersive experience, which will provide an overview of Khmer heritage, culture and civilisation.

Immersive Angkor will employ many people from the local Cambodian community and Iconem is already in the process of training Cambodian technicians to use drones for scanning the large scale temple sites.

Though his exhibition will be using immersive technology to inform visitors about Khmer heritage and civilisation, Ke Bin was quick to note that the tour guides presently at Angkor Wat are already doing a fantastic job and are indispensable to anyone visiting there.

“They share their obvious pride and passion for the Khmer heritage and its history. They also provide a personal touch as each guide is unique.

“What we will be offering will be more complementary and can work in tandem with the traditional in-person visits to the temples with a guide. What Immersive Angkor offers is totally different from an experience perspective, but it really assists with the visitors’ understanding of the history in a fun way,” Ke Bin said.

Visitors have the option of visiting the museum before they experience the temples or visiting the immersive exhibition in the evening after their tour in the park. Or, perhaps, taking a break from the park at mid-day when it’s very hot outside to catch the exhibition and then returning later.

Whatever time of day it is done, visiting the 3D exhibition is intended to be a unique and fun additional experience before or after tourists go through the temples and it can be done at whatever time is convenient to their schedule.

“Along with an experienced guide, it’s the perfect way to better understand the history and culture Angkor represents through edutainment and we foresee the temple visits and the immersive experience as being symbiotic,” said Ke Bin.

Confluences and its partners have yet to secure an exact location for Immersive Angkor, but they said they will need a place with a total surface area of approximately 1,000 sqm. The building will have a high ceiling – five to six metres – but Ke Bin said they are really just focussed on meeting two challenges: Providing a top quality experience and satisfying whatever health guidelines may be in place when they open.

“Each visitor will be able to move freely within the room, while the video, music and animations are displayed all around them,” said Ke Bin, while adding that the project may break ground in the first or second quarter of 2022.

“For that reason, we don’t want to overcrowd the space, and that’s why we have been considering a maximum capacity for each session of about 150 people, which provides about seven square metres per person in the room,” Ke Bin said.

As the name suggests, Immersive Angkor will be dedicated solely to the topic of the Angkor temples and to the mighty Khmer empire and civilisation.

“We envision three or four temples making up the main part of our exhibition, including the most well-known temples of the archaeological park – Angkor Wat, Bayon and Ta Prohm.

“But our goal is also to highlight some of the smaller and lesser-known temples, or parts of temples, that are currently restricted for the public to access,” Ke Bin said.

Ke Bin said that in the long term, to draw repeat domestic tourists, the exhibition may grow to include other Khmer temples outside of the park as part of its immersive content.

They’d like to dedicate part of the exhibition to the intangible Khmer heritage listed with UNESCO, and to the Khmer people and Cambodian environment.

“Immersive Angkor is a permanent museum, but the exhibitions within the museum space could rotate from year to year so that the visitors can return to discover one temple after another,” said Ke Bin.

Ke Bin said that all of the content will be thoughtfully discussed and developed in cooperation or with the approval of academic authorities in Cambodia and internationally – and foremost among those will be the Apsara National Authority.

“This unified outlook is a key part of Confluence’s philosophy, and our partners at Iconem have been doing this kind of work successfully for years with UNESCO and other reputable academic institutions,” he said.

Ke Bin strongly believes that everyone is patiently waiting for the borders to re-open and that once it is allowed again the flow of travel and tourism will come back stronger than ever, both internationally and domestically.

“We envisage that tourism will be slightly different, and we do believe it’s a great time to set a new standard for responsible tourism. Tourism will definitely rebound, but the question is when and how?

“Cambodia has to be ready for the rebound, and Immersive Angkor is one example of an improved tourism experience for Angkor,” Ke Bin said. 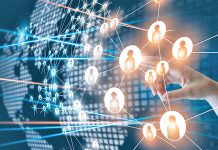 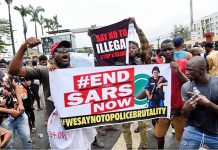 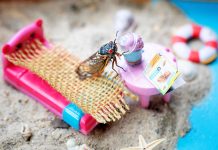 Bugged by cicadas? These playful images may help