THE WASHINGTON POST – Avi Loeb spent a lot of time thinking about how to explore the interstellar wilds. A prolific astrophysicist at Harvard University and chair of the advisory committee for Breakthrough Starshot, a project that aims to send probes to the nearest star system, Loeb envisions shooting powerful lasers at lightsails – thin, reflective spacecraft akin to mirrors – to accelerate them to star-hopping clips.

So when a bizarre object from interstellar space hurtled through our solar system in 2017, Loeb readily admits that he was primed to see it as a glimpse of alien technology – an extraterrestrial lightsail – rather than some errant space rock.

In his book Extraterrestrial: The First Sign of Intelligent Life Beyond Earth, Loeb lays out his case that the unusual traveller, named ‘Oumuamua after the Hawaiian word for ‘scout’, was an artificial relic crafted by savvy aliens. While this exotic explanation of the object serves as the backbone of the book, Loeb’s broader argument grows out of his bewilderment with the blowback to his hypothesis; he regards it as an omen of imaginative decay and anti-alien bias in the scientific community. “The search for extraterrestrial life has never been more than an oddity to the vast majority of scientists,” he wrote. “To them, it is a subject worthy of, at best, interest and at worst, derision.”

Skeptics who fit that description should take seriously the meticulous defence of the alien origin story offered in Extraterrestrial. To bolster his case, Loeb points to the unexplained properties of the first known interstellar visitor: its extreme dimensions, its perplexing brightness and the dramatic speed boost that sent it careening out of our telescopic sights.

Proponents of a natural origin for ‘Oumuamua suggested that it was an elongated planetary splinter or a loose cloud of dust grains. Loeb questions whether an alien origin is any more far-fetched than these explanations, given that scientists have never seen splinters or clouds of this nature inside the solar system. Scientists have also speculated that ‘Oumuamua’s sudden acceleration in the outer solar system was caused by bursts of evaporating ice, a phenomenon known as outgassing. As a counterpoint, Loeb points to the lack of evidence picked up by telescopes of an outgassing event. 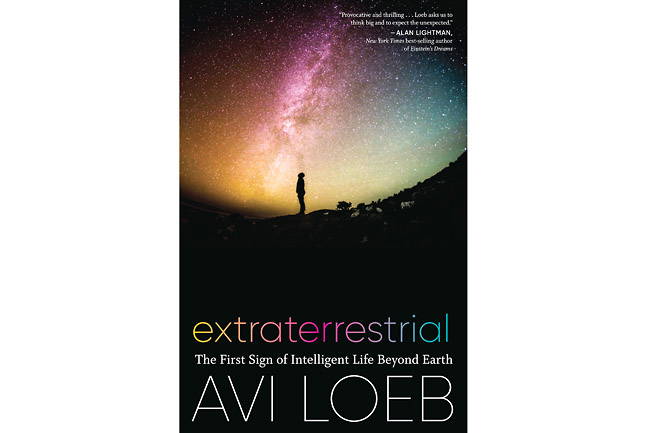 Like an astronomical Sherlock Holmes, a character often invoked in the book, Loeb concludes that “the simplest explanation for these peculiarities is that the object was created by an intelligent civilisation not of this Earth”. You don’t have to share his conviction to be impressed by the breadth of his argument.

Loeb is less successful in casting the controversy he sparked as a sign of myoptic reluctance, within academic circles, to concede that humans might not be the only sentient, spacefaring beings in the universe. Throughout Extraterrestrial, he returns to the refrain “and yet it deviated” to describe ‘Oumuamua: a nod to the legend that Galileo muttered “and yet it moves”, referring to Earth, in response to his coerced recantation of the sun-centric model of the solar system.

Loeb makes clear that he does not consider himself to be a neo-Galileo. And yet he sees parallels between Galileo’s critics and his own. “Recall those who refused to look through Galileo’s telescope,” he wrote. “The scientific community’s prejudice or closed-mindedness is particularly pervasive and powerful when it comes to the search for alien life, especially intelligent life. Many researchers refuse to even consider the possibility that a bizarre object or phenomenon might be evidence of an advanced civilisation.”

The search for extraterrestrial intelligence (SETI) spent decades on the fringes of science, in part because of the relative lack of empirical methods available to constrain doubts about aliens during the 20th Century. Over the past two decades, however, an explosion of observational techniques and discoveries – many of which Loeb describes – has revolutionised astrobiology and SETI.

Thousands of exoplanets have been detected since the 1990s; some telescopes are now explicitly tasked with assessing their habitability. A central mission of NASA’s Perseverance rover, due to land on Mars in February, is to look for signs of Martian life. China built the world’s largest single-dish telescope to scan the skies for evidence of extraterrestrial intelligence.

On Venus, the possible detection of a chemical associated with life has evoked visions of aerial microbes in the Venusian skies. In the star system Alpha Centauri – the target of Breakthrough Starshot – a recently discovered exoplanet is sloughing off radio signals, stoking speculation about alien “technosignatures”.

These advances and observations practicalised the search for alien life in the minds of strict empiricists, which blunts Loeb’s charge that “the conservative scientific community” considers the field to be “a waste of time”. It’s not that his claim is to some degree inaccurate but rather that the energy in emerging research about aliens is overshadowing the grumbling of doubters.

With a passion for philosophy and an interdisciplinary background, Loeb describes himself as “a somewhat accidental astrophysicist”. He bubbles over with so many ideas he scribbles them down in the shower on a waterproof whiteboard.

While it’s tantalising to imagine that ‘Oumuamua was our first brush with aliens, Loeb wrote most memorably about collecting shells on the beach with his daughters, brainstorming trippy new studies with his many proteges and seeking comfort in the view of the night sky from our lonely planet. In the end, Extraterrestrial is at its best when it is down to earth.