THE WASHINGTON POST – A year ago, Italian artist Maurizio Cattelan made headlines by duct-taping a banana to the wall of his dealer’s booth at a Miami art fair, titling the piece Comedian and selling it for USD120,000. The reaction of the general public alternated between laughter and outrage: How could a banana and a few inches of tape be worth USD120,000? In The Story of Contemporary Art, Tony Godfrey attempts to make sense of a world in which a taped banana or a rotting cow’s head or a piano filled with red roses can be art.

Shock and surprise are nothing new in the art world. It has been more than a century since Marcel Duchamp signed a porcelain urinal, titled it Fountain and exhibited it as a work of art. It has been more than half a century since Andy Warhol stenciled wooden boxes to look like cartons of Brillo. Those efforts, however, could be safely placed in the context of the relentless march of modernism. Today’s museum-goer interested in contemporary art faces a bewildering landscape. The modernist paradigm has broken down. There is no art magazine that can speak with the authority that Artforum did in the 1960s.

On the Internet, anyone can be a critic, and things change too swiftly to be pinned down. “After the 1980s and the emergence of neo-expressionism and neo-conceptualism,” Godfrey states, “there would be no more shifts or groups that one could term ‘movements’.”

As the role of authoritative critic has declined, the role of the “star” curator has become dominant. Godfrey, himself an independent curator, declares, “Like DJs in the music world, curators have become up-front participators,” though he worries that the curator is becoming less of an art historian and more of an impresario. The context in which art is shown has become as important as the art itself. With contemporary art museums and a few mega-galleries calling the shots, the apparatus of the art world has grown ever more specialised. 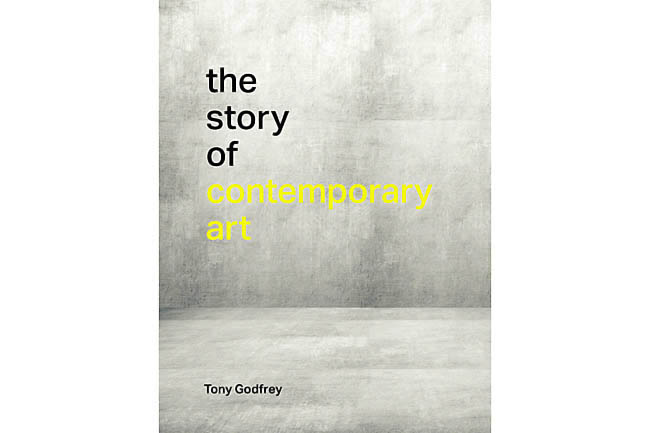 “Since the 1990s there has been an avalanche of new MAs not only in curating but also in art business, art management, art logistics and art theory,” Godfrey writes. “One starts to wonder if there are too many zoologists and not enough animals in the system. Are curating courses the art world’s equivalent of an MBA?”

Meanwhile, old-fashioned aesthetic matters have taken a back seat to gender and identity issues among today’s rising art stars, a development that can be problematic because the glut of information online means that no artist can be entirely uninfluenced by other cultures. Not that they want to be.

“I spent 20 years studying to make modern or post-modern art,” an African artist told Godfrey. “I resent being told that I should have studied traditional mask-making instead.”

Godfrey writes in an accessible and blessedly jargon-free manner, and he ranges widely, featuring contemporary artists from all corners of the globe. This is not a comprehensive survey. As Godfrey admits, he has omitted some of the best-known artists of the day in an attempt to avoid swamping the reader with artists’ names and one-sentence descriptions of their art. It’s an entertaining book, with artists, curators, museums and the all-devouring art market elbowing one another for space on every page. In the end, Godfrey concludes: “Artists do not exist apart from their society and culture, but they do have more freedom than most. It is they who make and ultimately define art.”