Twelve-year-old Md Haikal Fikri Muizudin bin Hafikal Zemi has an ambition to play football for the national team and become a champion.

So he was elated to have been accepted into the Year 7 Sports Stream at Sports School in Kampong Pulaie. The student from Katok ‘B’ Primary School said he applied through his coaches and teachers, and underwent try-outs from Sports School scouts.

While the school has a normal academic programme that serves the immediate area around Kampong Anggerek Desa to Kampong Sungai Akar, it also has a Sports Stream that focusses on football; athletics; badminton; sepak takraw; silat; karate; netball; and strength and conditioning.

After that, they will have sports training from 4pm to 6pm.

The school also provides a hostel for those who live in other districts.

“From 4pm to 6pm, they will have training, and after 6pm they will have dinner and have study nights from 7.30pm to 8.30pm, and by 9pm they all have to already be asleep,” she said. 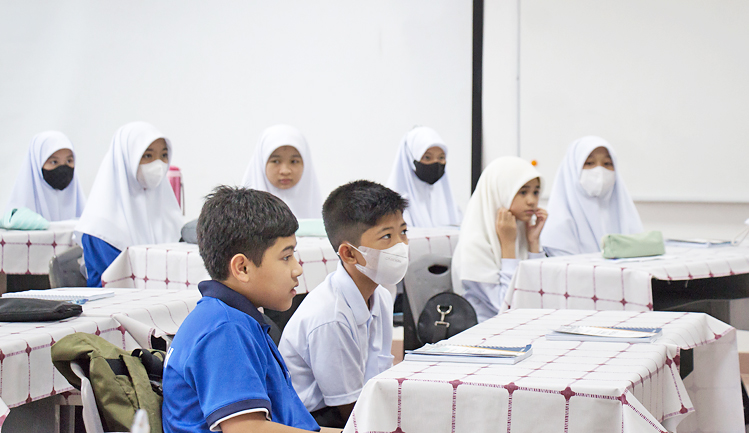 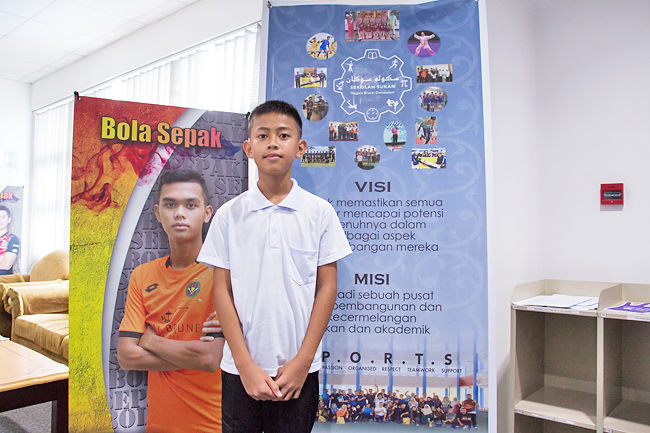 The Sports School currently has 287 students for Year 7 up to Year 11, where out of the total, 83 students are in sports stream, while the remaining 204 students are in the academic stream.

Yesterday, the school’s coaches carried out a skills test for new students in the academic programme interested in going into the Sports Stream, which they will later be examined for potential to brush up their skills at the school.

Hajah Nor Aisah shared that there should be more students in the sports stream, but the school has difficulty in obtaining successful applications due to the COVID-19 pandemic over past few years.

Those that have been accepted in the sports stream are then given a three-month probation as some students would initially think that the only focus at the school is on sports and not academic learning.

“After the probation, if the students show their focus in both sports and academics, they can continue on permanently here.

“Those in sports stream are given a monthly allowance along with other privileges such as free uniform, hostel, food and so on.

“If they have potential, they will be sent to compete internationally,” she said. Asked if it is difficult to get into the Sports School’s Sports Stream programme, the acting principal said it depends on the students. “What is most important is for them to attend the skills test and pass,” she said.

“The only hurdle for those in the sports stream is that majority of them are from a more difficult educational background.

“We also don’t have any specialised teachers from the Department of Special Education for those that are differently-abled.”

For the new Year 7 students, aside from regular orientation, they will undergo special tests on the second day. “The second day sees students carry out activities with their coaches, and towards the end, they will go through visual, auditory, read/write and kinesthetic (VARK) and realistic, investigative, artistic, social, enterprising and convention (RIASEC) testings.

“Those who are staying in the hostel will see different activities during orientation as well,” she added. The acting principal shared that the school hopes there will no longer be any interruptions this year from the pandemic, so that they can work on what they have planned.

She also shared that the school looks forward to celebrating their 20th anniversary of their establishment this year, as well as execute a memorandum of understanding with the Malaysia Sabah Sports School.

“We’ll see them compete with our students here, and we will go there to do the same, to measure the performance of our students,” added Hajah Nor Aisah.