Facing an emotional and intellectual impasse, 29-year-old Elena pauses her long-time relationship and defers her dissertation to reconstruct the life of Ella – the missing daughter of a family friend. Ella’s mother, Siobhán, believes her daughter, a presumed victim of the 2004 tsunami six years earlier, is still alive.

For a monthly stipend and a free apartment in Paris, Elena will draw from Ella’s salvaged journals to write a first-person story from Ella’s point of view in the hopes of uncovering psychological details that could lead to her return.

Is it hope or guilt that haunts Siobhán? Now a successful gallerist in Paris, Siobhán gave Ella up as an infant. Upon learning of her adoption, the fresh college graduate felt betrayed and moved to Thailand, cutting herself off from family and friends. Ella chronicled her immersion in an unfamiliar landscape through a series of journals. Initially a blur of culture shock juxtaposed with her ongoing disenchantment, the journals track her obsession with her elusive, rakish colleague as well as her increasingly erratic state of mind. Writing doesn’t offer her illumination or solace, but her devotion to the practice speaks to her desire to be seen.

Dennis excels at delving into the psyche of these women, exploring their traumas and constructing wholly engrossing worlds. Her novel toggles back and forth between Elena’s cloistered life in Paris, Ella’s often cryptic journals and the account that Elena writes in Ella’s voice. 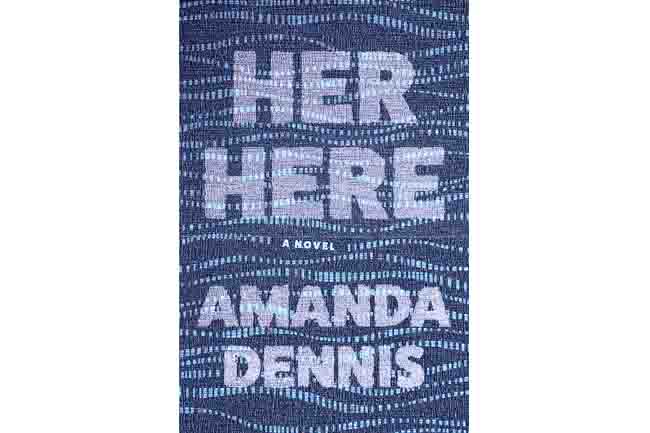 As Elena progressively gives herself over to the project, boldly inhabiting Ella’s words to recover her life, her identity begins to bleed into that of her subject. Ella’s steamy, verdant Thailand shifts to the cold, slate gray rain of Elena’s Paris. The novel’s psychological manoeuvers increase and build, leading one to question Elena’s reliability as narrator and scribe.

Years earlier, Elena fell into a possible fugue state and has no memory of six months of her life. She reflects, “The time I’ve lived and don’t remember deprives me of certainties. I’m sick of grasping, still, for the strong, solid shore where life can begin.” While Elena’s trauma has not left her as self-destructive or outlandish as Ella, she remains incapable of taking charge of her own life.

Her Here questions whether writing is indeed a means of survival.

Does it possess the potential to write our way back into existence? Is it possible to uncover clues and gain clarity through the act of transposing facts into narrative? Elena comments, “All I have are her words, their rhythms – bodiless and abandoned.”

This hypnotic and deeply cerebral exploration is a seductive escape. Through Ella and Elena’s efforts to reconstruct a sense of self – outside family, beyond academia and expectation – through language, Dennis confronts the various ways we try to understand ourselves and others.