CNA – For as long as I can remember, feeling bloated was always a part of my day. It did not occur to me that I might have lactose intolerance until I was reminded of the condition when I was researching about it.

Some of the symptoms include feeling flatulent and even diarrhoeal – signs I have always had after my morning latte, afternoon teh peng, and especially so after dessert. After all, which sweet treat does not have milk, cheese or a combination of both to guarantee a gastro-intestinal blowout? So yes, I was holding it in from dawn to dusk.

Now I could try and swear off dessert and other foods that contain dairy but coffee, however, is another thing – many of us consume it with milk.

Thankfully, there is a change in the, ahem, wind when it comes to the latter. You only need to glance at the display shelves in cafes to see tetra packs of almond, oat and/or soy milk (not to be confused with the ready-to-drink soy bean milk) appearing next to bags of premium coffee beans.

Translated: There are now options for us lactose-intolerant coffee drinkers. I just wish they did not charge us an extra dollar per cup. 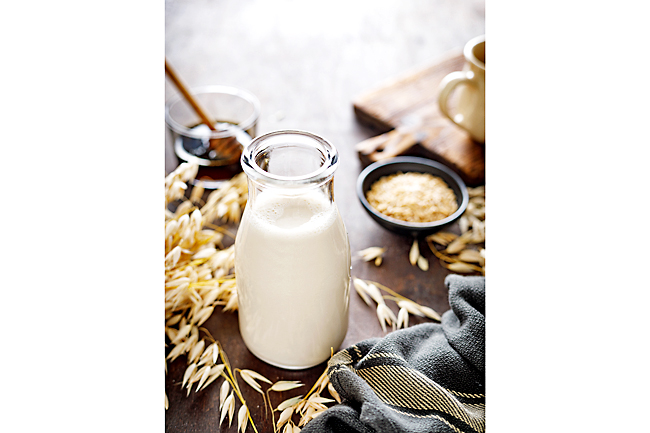 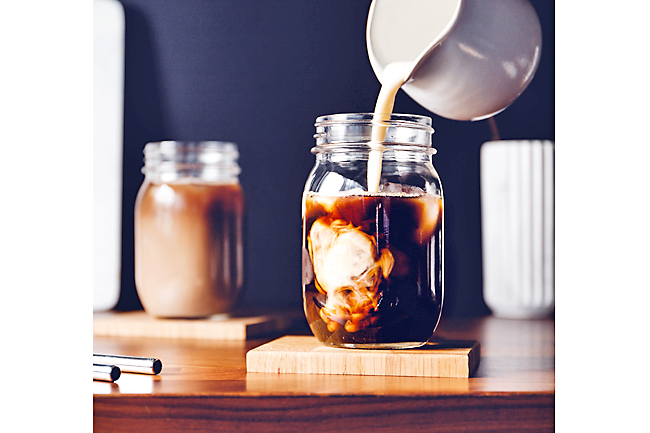 There are, of course, other plant-based milks such as rice milk, coconut milk, cashew milk and hazelnut milk available. But for now, we will keep it to the three most common options: Almond, oat and soy.

Plant-based milks are not new to the local java scene and those who have been ordering soy lattes for ages would “pffft” at my revelation. If you are an eco-conscious coffee drinker and know about the ethical and environmental impact dairy cow-rearing has, I need not say more about why some people made the switch.

But not every lactose-intolerant coffee consumer is aware that there are now non-dairy options. In a local survey of 1,000 respondents commissioned by oat milk brand Oatly, 33 per cent have not heard of plant-based milks before. The same survey also showed that 26 per cent use plant-based milk only because of lactose intolerance and allergies.

I wonder why there were not more people making the switch (and I am not paid in oat milk to say this) because as far as research shows, 87 per cent of Asians (or Malaysians surveyed in the research, to be exact) are lactose intolerant.

HOW DO PLANT-BASED MILKS AFFECT THE TASTE AND TEXTURE OF COFFEE?

I got my answer when I first tasted soy latte. Instead of the usual richness and creaminess from cow’s milk, soy milk tended to have a slight chalky texture and an earthy soy-ness that I was not used to having in my coffee. And why does it taste less sweet?

Almond milk, too, has a chalky texture that made me want to stir my latte just to be sure. For some reason, it was more “watery” than the soy version, though I quite enjoyed the hint of nuttiness (not the same flavours as almond jelly if you are wondering).

Oat milk imparted a better level of creaminess but let us just say I was not keen on having coffee that reminded me of oatmeal taste-wise.

Of course, those are my personal observations. What do the experts say? “The major sugar in cow’s milk is lactose, a disaccharide composed of galactose and glucose,” Lucid Cafe co-founder and Singapore National Brewers Cup Champion at Singapore Cup Tasters Champion 2017 Rodman Chan said.

On the other hand, alternative milks usually have added sucrose, which is “a disaccharide composed of glucose and fructose. Lactose imparts a different sweetness character to cow’s milk, which most people think of as a milky sweetness,” said Chan.

As it turns out, not every non-dairy milk is created equal nutritionally. Let us take the single-shot, 250ml latte as the basis for comparison. It would typically contain 175ml of milk.

If you order your latte with unsweetened oat milk, you will be consuming about 98 calories per drink compared to unsweetened almond milk’s 26 calories, according to the United States Department of Agriculture (USDA). As for soy milk, it comes in at about 53 calories per latte.

These plant-based alternatives also contain carbohydrates, so if you are on a low- or no-carb diet, take note. According to the USDA, the least-carb option is almond milk, with oat milk occupying the other end of the spectrum. Cow’s milk has the highest sugar content, while oat milk has the lowest.

When it comes to protein, cow’s milk is a good source of it. The plant alternatives do not even come close: In descending order of protein content, soy milk has about half the amount as cow’s milk, followed by oat milk and almond milk, according to the USDA.

What other pros and cons are there? “Cow’s milk also provides a good mix of other important nutrients such as calcium, phosphorus, and Vitamins A and B12. Furthermore, most of the cow’s milk available in the market now is fortified with Vitamin D, which is important for bone health,” Gleneagles Hospital Senior Dietitian Wong Hui Mei said.

“For non-dairy milks, their nutritional values are generally lower than dairy milk’s. In addition, some of the processed non-dairy milks have added ingredients such as sugar, gums, oils and salt to produce a desirable taste and texture,” Wong added.

To make up for the nutritional shortfall in non-dairy milks, senior advisor with the Singapore Institute of Food and Biotechnology Innovation A*STAR Professor Christiani Jeyakumar Henry said a very wide range of nutrients is added. “Usually, they are calcium and occasionally, Vitamin D and some Vitamin B. We have little or no data how effectively these nutrients are absorbed.”

If cow’s milk is not an option, soy milk is apparently the best alternative nutrition-wise. “It is the most nutritionally balanced and closest to cow’s milk among other non-dairy milks in nutritional value,” said Wong.

WHICH PLANT-BASED MILK PAIRS BEST WITH WHICH COFFEE?

There is no singular answer as there are many different types of coffee and they vary “based on coffee variety, roast level, cafe concept, consumer preference and more”, said Andrea Tan, who is 2015’s Singapore National Brewers Cup Champion and a certified judge for the World Brewers Cup and World Coffee Roasting Championship.

“It would be too much of a sweeping statement to say that a certain roast level or coffee variety pairs the best with a certain type of dairy or non-dairy milk,” she said.

But if you are just starting to explore plant-based milks, which is the closest to cow’s milk, and by extension, the easiest to accept? “Personally, the similarity to cow’s milk is not the end goal when choosing non-dairy milks,” said Chan. “I choose the ones that have flavours and textures that work best in the final beverage. And they are not always the ones most similar to cow’s milk.”

Case in point: The Iced Dirty Genmaicha Latte that Lucid Cafe makes with genmaicha, cow’s milk and espresso. “I personally find that it actually tastes better with soy than cow’s milk,” said Tan, who is also the cafe’s co-founder. “It has less to do with how similar the replacement is to cow’s milk and more of how the drinks are designed and built.”

If you need a reference point in terms of creaminess, Tan has her money on oat milk. However, she qualified that there are also oat milks that are thinner.

“Generally, soy and almond milks do show up a bit more prominently for me because of their natural nut characteristics. But when paired with coffees that have a nuttier profile, they do meld together quite well so it is not as jarring,” said Tan.

“Oat has a natural grain sweetness that is quite distinct and either complements the coffee or shows up quite singularly as a trait.”

With so many variables at play, what makes a good-tasting plant-based cuppa then? You will have to discern “where the non-dairy milk’s flavour starts and where the coffee’s flavour ends”, said Tan. “The idea is to look for balance when drinking coffee.

“For now, I say drink coffee the way you like it and find baristas that know how to make it for you,” she said.