Almerez are set to defend their title in the upcoming Piala Keputeraan Futsal Championship 2022 at the Universiti Brunei Darussalam Sports Complex Indoor Hall at month’s end.

The futsal team defeated Matahari ‘A’ in the final when the competition was last hosted in 2018.

The Keputeraan Futsal Committee 2022 as the competition’s organising committee conducted a draw to reveal the participating teams at the Brunei-Muara District Office on Wednesday night.

Almerez ‘A’ have been drawn against Samba FT, Arbisyam ‘B’ and Syahkampong ‘A’ in Group G while Almerez ‘B’ have One Solution, Perwira ‘A’ and Brunei 88B for company in Group C.

2016 winners Arbisyam have also sent two teams with the ‘A’ side having to navigate past DDT FT ‘B’, Ban LS and Su ‘A’ in Group D.

Group A comprises QFT, Su B, Perwira ‘B’ and Kasuka & Ar Rawda; while Perwira ‘C’, Syahkampong M, GG FT and Brunei 88A are in Group B.

In Group E, Street United ‘B’, DDT FT ‘A’, MOHA22 and Sporty Guy will all fight for the qualifying places, while the quartet of Street United ‘A’, PBBRT, Boneka FT and RK FC will start from Group F.

The competition will be held every Sunday from August 28 until September 11.

The top two teams from each group and the two best-placed third place finishers will advance to the next round. 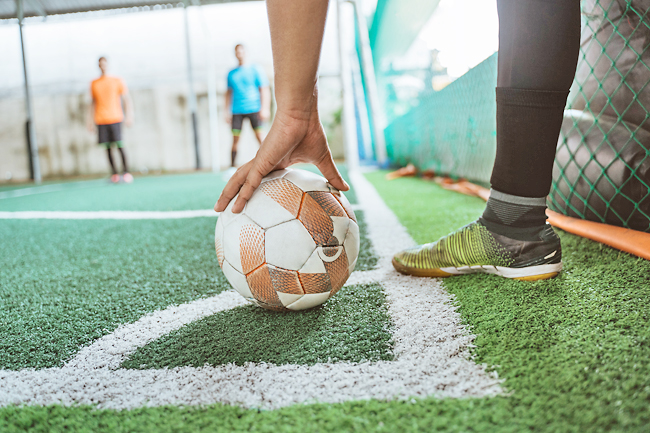