AGENCY – Researchers have discovered that alligators, which date back to dinosaur days and can grow 14ft long or more, can regenerate themselves – not unlike geckos, or the tuatara of New Zealand.

The team from Arizona State University (ASU) and the Louisiana Department of Wildlife and Fisheries discovered that young alligators have the ability to regrow their tails up to three-quarters of a foot, or 18 per cent of their total body length, according to a study published recently in Scientific Reports.

The interdisciplinary team used advanced imaging technology to explore whether alligators share any of the same regenerative capabilities as much smaller reptiles, they said in a statement. They discovered the answer was yes, though with limits.

For one thing, only young alligators can do it. For another, unlike amphibians, the alligators can’t cut off their own appendages when threatened. Gator limb losses occur in fights over territory, cannibalism from larger gators, or damage from interactions with human-made items such as motor blades, according to Science Alert.

The regenerative property also differs from the original tail’s structure and from other animals’ regeneration methods. 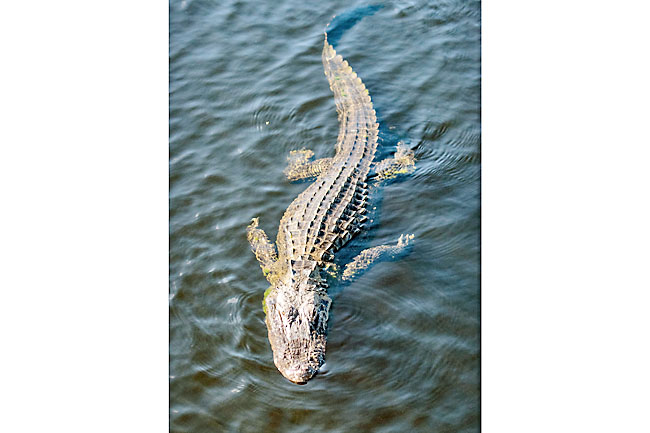 “The regrown skeleton was surrounded by connective tissue and skin but lacked any skeletal muscle, ” Kenro Kusumi, co-senior study author and professor and director of ASU’s School of Life Sciences, and associate dean in the College of Liberal Arts and Sciences, told CNN. Lizard tails do regenerate with skeletal muscle, Kusumi explained.

“What makes the alligator interesting, apart from its size, is that the regrown tail exhibits signs of both regeneration and wound healing within the same structure, ” said study lead author Cindy Xu in the researchers’ statement. Xu, a recent PhD graduate of ASU’s School of Life Sciences molecular and cellular biology programme who now studies mechanisms of tendon regeneration and repair at Massachusetts General Hospital, elaborated on Twitter.

The newfound ability also raises other questions, such as when the modern version of our contemporary dinosaur equivalent split from its prehistoric predecessors.

“The ancestors of alligators and dinosaurs and birds split off around 250 million years ago, ” Kusumi said in the researchers’ statement. “Our finding that alligators have retained the cellular machinery to regrow complex tails while birds have lost that ability raises the question of when during evolution this ability was lost.

“Are there fossils out there of dinosaurs, whose lineage led to modern birds, with regrown tails? We haven’t found any evidence of that so far in the published literature.”