The long-awaited Brunei Super League 2021 recently kicked off across several grounds in all districts, ushering in a new domestic football season following an interruption due to the COVID-19 pandemic.

Though a footballing upset was not written in the opening weekend of the league, a series of thrilling matches accompanied the palpable excitement from the supporters as Kota Ranger FC’s anthem reverberated through the stands of the Track and Field of the Hassanal Bolkiah National Sports Complex.

However, the future of seeing competitive and recreational football games was once shrouded in uncertainty in arguably one of the most trying times in the country’s football history.

This all changed as the footballing community and the country’s governing body met the announcement on all sport events being allowed to be carried out with widespread approval in March.

The announcement represented the final phase of the de-escalation plan for sports, dubbed as the new normal, as the whole country unites in a global effort to combat the pandemic.

Top football hierarchy led by the National Football Association of Brunei Darussalam (NFABD) decided to cancel the Super League in September last year, which was previously postponed since protective measures were rolled out in March last year.

A month later, the Football Association of Singapore (FAS) confirmed that Brunei’s most decorated club DPMM FC will not serve the remainder of the 2020 season. 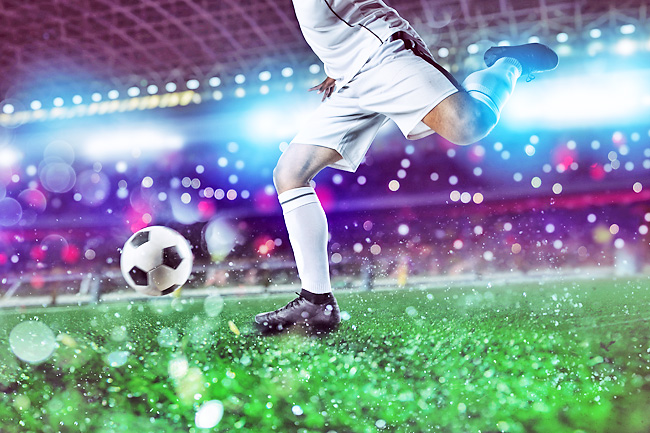 The cancellation effectively extended the wait for domestic clubs to play competitive football with the national league viewed as their primary competition and an opportunity to taste silverware.

In February, DPMM FC met a similar fate as they sat out again in the Singapore Premier League for a second successive season, opening the door of the possibility of re-joining the local league.

After months of uncertainty, NFABD made the much-welcomed announcement that the Brunei Super League will take place on June 2021.

COVID-19 not only brought a sustained period of uncertainty but a pleasant surprise as DPMM FC return to domestic football for the first time in 17 years. DPMM FC will be joining the likes of Kota Ranger FC, Kasuka FC and Indera SC in their first participation in the national league since exiting the then-called Brunei Premier League in 2004 for the Malaysian league.

On that note, the Gegar Gegar men will be setting their sights on a third national title to add on to their 2002 and 2004 triumphs.

Clubs had been busy preparing in anticipation for the league by arranging pre-season friendly matches and intensifying their training routines.

The Brunei Super League is primed to be one of the most exciting seasons to date fuelled by DPMM FC’s interest.

Meanwhile, in the build-up to the league, the NFABD has been active in organising referee and coaching seminars and workshops.

This initiative helped to prepare coaches and referees who are directly involved in the Brunei Super League and boost their performance.

Educating and up-skilling the coaches will consequently create better players as they will follow guidance and teaching based on international practices, thus improving the country’s football.

The national governing body has made rallying calls to encourage the promotion of refereeing amid a shortage of certified referees and called individuals to explore potential opportunities of representing the country through their participation overseas.