HARBIN (XINHUA) – Seeing an increasing number of people visiting the Polarpark since it started operating around a week ago in Harbin, the capital of northeast China’s Heilongjiang province, Zhang Jiwei, the park’s marketing manager, is becoming more confident about the park’s performance this winter.

Harbin is famous for its rich ice and snow resources.

This winter, the city opened three ice and snow-themed parks, launched 12 ice and snow experience products and 10 such tourism routes, and created more than 100 related activities to promote the development of winter tourism, culture, fashion and sports.

Although the temperature can drop below minus 20 degrees Celsius, screams of joy and waves of laughter have been heard in these parks.

“We planned to celebrate the New Year here; the colder it is, the happier we are,” said a tourist from Tianjin Liu Shuang who came to Harbin with her husband.

China recorded roughly 52.7 million domestic tourist visits during the three-day New Year holiday, up 0.44 per cent year on year, according to the Ministry of Culture and Tourism. 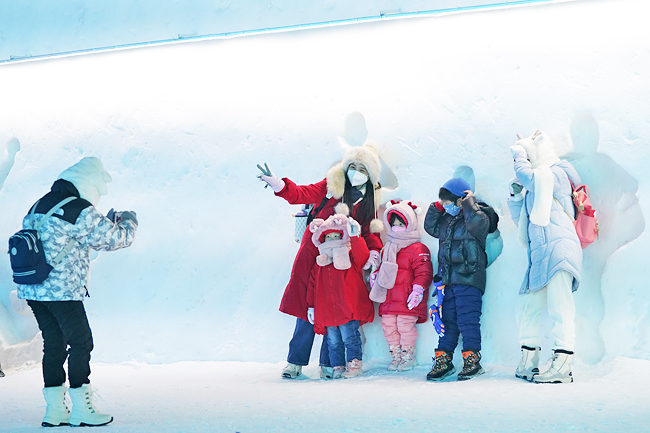 Tourism revenue generated over the holiday reached over CNY26.5 billion, up four per cent from the same period last year.

These figures showed that people’s consumption willingness and travel expectations were shifting from caution to a more optimistic direction, said the President of the China Tourism Academy Dai Bin.

“Winter tourism attracts more young people, and therefore we pay more attention to the quality of our tourism to effectively meet tourist demands,” said an official of the management committee of Changbai Mountain in the northeastern province of Jilin Geng Deyong.

Changbai Mountain is building itself into a globally influential tourism destination and is expanding its ice and snow tourism options.

Industrial insiders believe that the recent recovery of winter tourism is due to the recovery of people’s travel confidence and increasing demand, while the upcoming Spring Festival holiday will also boost winter tourism.

Optimised epidemic prevention and control measures, inspiration stemming from the 2022 Beijing Winter Olympics, and the popularisation of ice and snow tourism and sports will further promote the development of the ice and snow industries, Dai Bin said.