CCONCHACCOTA, PERU (AP) – From her home under the baking sun of Peru’s southern Andes, Vilma Huamaní can see the small Cconchaccota lagoon, the axis of her community’s life.

It has been a source of trout, fun for children eager to swim, beauty as flamingos flew from over the mountains and water for thirsty sheep.

Nowadays, all Huamaní sees of the lagoon 4,100 metres above sea level is a plain of cracked and broken soil surrounded by yellow grass.

“It has totally dried up,” she said. The rainy season should have started in September, but the area is experiencing its driest period in almost a half century, affecting more than 3,000 communities in the central and southern Andes of Peru.

A light rain last week – only the second in almost eight months – prompted residents to set bowls outdoors to collect some water.

The drops lifted dust as they hit the ground, and by the next morning, the sun had evaporated the scant moisture.

Dead sheep and lambs so weak they can barely stand can be found among sparse yellow grass.

The planting of potatoes, which is the only crop that grows in Huamaní’s village, has been delayed, leading many to expect food shortages in the coming months because people are already feeding themselves from their dehydrated potato reserves. 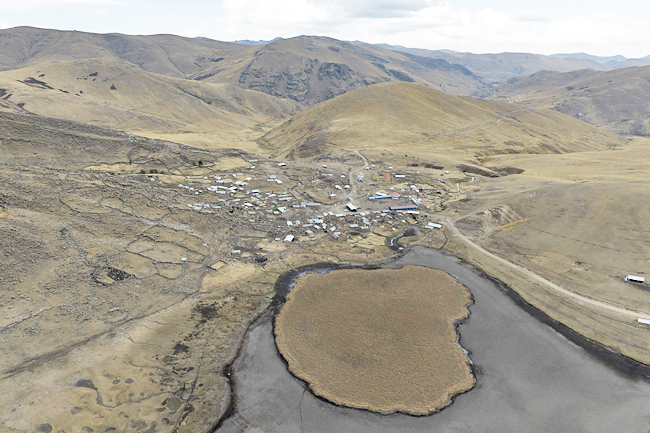 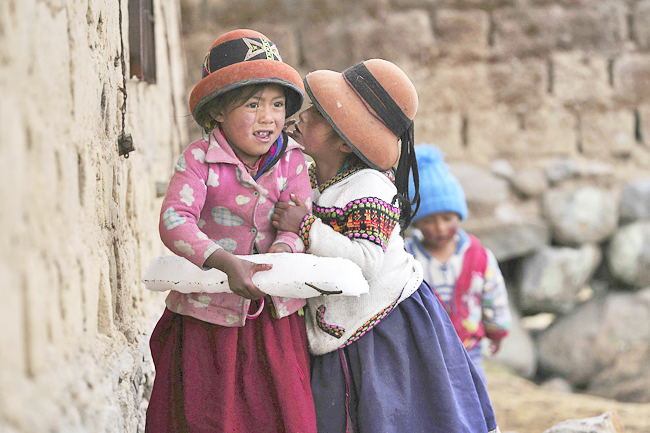 “Every day, I ask – I hope – the rain falls… when there is rain the grasses grow, the potatoes (grow),” said Huamaní, 38, who moved with her four children from Peru’s capital, Lima, to Cconchaccota in 2020 in an effort to flee the coronavirus pandemic.

The absence of rain in part of the Andes occurs as a result of the La Niña phenomenon, present in 2022 for the third consecutive year, according to the United Nations’ (UN) meteorological agency.

The drought is also hitting parts of Bolivia, Paraguay and Argentina.

A climatologist with Peru’s National Meteorology and Hydrology Service Yuri Escajadillo, said an index used to measure droughts qualified the region as “extremely dry”. “It is a record value,” Escajadillo said. In Cconchaccta, there is no drinking water, sewage or telephone service.

People drink water they get from a nearby spring, though it sometimes dries up, too.

Residents said their appeals to local authorities for help went unanswered for more than two months.

So, Grisaldo Challanca, a young farmer, used his cellphone to record videos and prepare a report about the drought. He posted it on a Facebook page after he climbed to about 4,500 metres above sea level to get an Internet connection. The long-delayed response from the regional authorities arrived last week with the delivery of packages of fodder oats for the surviving sheep, cattle, alpacas and llamas.

“The animals are all bone,” said John Franklin Challanca, a 12-year-old shepherd, whose family has lost 50 sheep.

The Andes is one of the world’s most sensitive regions to climate migrations because of droughts, tropical storms and hurricanes, heavy rains and floods, according to the latest report by the UN’s Intergovernmental Panel on Climate Change.

“Global warming has caused glacier loss in the Andes from 30 per cent to more than 50 per cent of their area since the 1980s.

“Glacier retreat, temperature increase and precipitation variability, together with land use changes, have affected ecosystems, water resources and livelihoods through landslides and flood disasters,” the report said, adding that summer rainfall appears to be decreasing in the southern Andes. Small farmers in various parts of the Andes in Peru and Bolivia are praying for rain.

Prayers are held on the shores of Lake Titicaca, which is shared by both countries.

For climate experts, the lagoon could have dried up because it was less than a metre deep, depended exclusively on rainwater and was under strong solar radiation.

Professor of mountain hydrology and glaciology at Peru’s La Molina National Agrarian University, Wilson Suárez, said those factors constitute “an ideal drink” for the small lagoons in the high Andean areas to dry up.

“This has to put them on notice that times are changing,” Suárez said of area residents who have long depended on the lagoons for watering their livestock.

“A drought is not easy to handle… the climate is changing.”