WELLINGTON (AFP) – New Zealand coach Ian Foster insisted yesterday he can still turn around the fortunes of the misfiring All Blacks, as he resisted calls to drop Sam Cane as captain for the Rugby Championship after a home series defeat to Ireland.

“As a head coach there’s been a lot of questions the last couple weeks,” Foster said at a press conference in Auckland.

“I’m strong, I’m resilient. I believe I have a good feel with the players, I’m strategic and I’m also accountable.”

Cane has been named captain of a 36-man squad for the championship, with New Zealand playing their opening two Tests in South Africa on August 6 and 13 before facing Argentina and then Australia.

In the wake of last Saturday’s 32-22 series-deciding third Test defeat at home to Ireland, New Zealand media had speculated that veteran lock Sam Whitelock could take over the All Blacks’ captaincy.

Former Ireland coach Joe Schmidt had also been tipped to replace Foster as head coach after the All Blacks lost five of their last six matches. 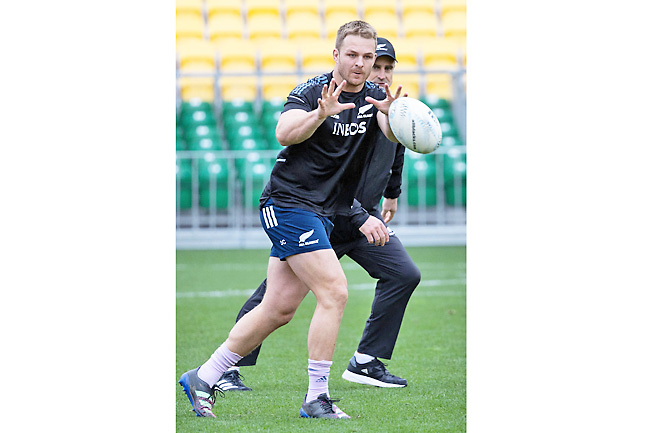 However, Cane has been retained as skipper while Foster will also hold onto his job despite a review by senior New Zealand Rugby Union (NZRU) bosses.

“I have faith in Sam Cane,” Foster said of the decision to retain the captain.

“We all know we have a high accountability when you wear an All Blacks jersey and we need to do that better.”

After NZRU chief Mark Robinson spoke of a “challenging” past fortnight, Foster insisted he can still get the All Blacks back to winning ways, starting with the two Tests in South Africa.

“We’re never happy when we don’t achieve what we want to,” he said.

“We understand the fans aren’t happy with that, but we have a plan to play a brand of rugby against South Africa that New Zealanders will be proud of.”

The bulk of the squad that lost to Ireland has been retained, with Highlanders lock Josh Dickson and Blues playmaker Stephen Perofeta as the only uncapped players.

With Angus Ta’avao, Brodie Retallick and Jack Goodhue making their way back from suspension and injury, the All Blacks have called in back Braydon Ennor, prop Tyrel Lomax and Dickson for the South African leg of the tournament.

The All Blacks host Argentina in Christchurch on August 27, then again in Hamilton the following weekend.