Liverpool right-back Alexander-Arnold limped off late in the second half after injuring himself while clearing the ball.

The 22-year-old looked emotional as he needed assistance to hobble around the Riverside Stadium pitch.

Southgate admitted he was concerned over Alexander-Arnold’s chances of making the tournament as he awaited tests over the next 24 hours.

“We’re going to have a look. Clearly it’s not a good sign to see him come off in the way he did,” Southgate said. 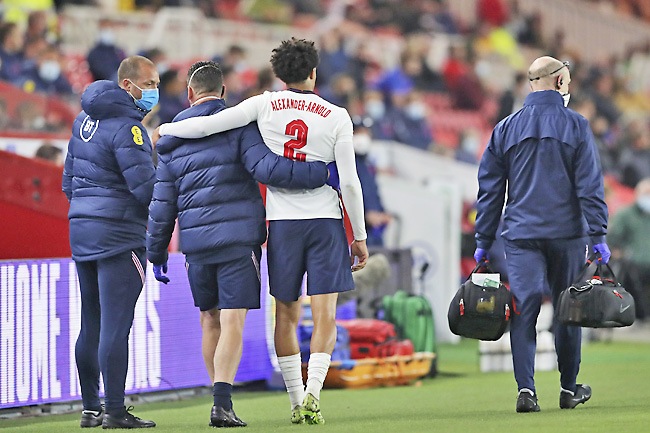 “We’ll have to assess him. I think it’s a thigh but the medical team are assessing him.

“We don’t know the full extent. The last thing you want is to see him come off in the way he did.”

Alexander-Arnold, who finished the season in fine form, is one of four right-backs in the England squad after being selected despite reports he would be left out.

Kieran Trippier, another of the right-backs, was used at left-back against Austria, while Reece James and Kyle Walker would also be in contention to start if Alexander-Arnold is ruled out.

Unable to call on players from Chelsea, Manchester City and Manchester United following their European finals, Southgate sent out an experimental team.

It was Bukayo Saka who staked a claim for a place in the starting line-up for their tournament opener against Croatia at Wembley on June 13.