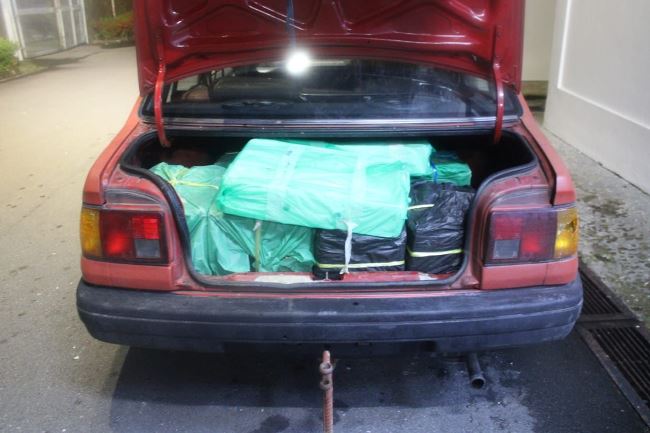 Some 60 bottles and 192 cans of alcohol as well as two large packages of undeclared raw chicken were seized on Monday when law enforcement halted an attempted smuggling of contraband into the country at Pekan Bangar, Temburong District, the Royal Brunei Police Force (RBPF) said.

Two suspects allegedly involved in the smuggling were detained – a 38-year-old local man who drove the vehicle in which the contraband was found, and a 34-year-old local woman.