Some 60 bottles and 192 cans of alcohol as well as two large packages of undeclared raw chicken were seized on Monday when law enforcement halted an attempted smuggling of contraband into the country at Pekan Bangar, Temburong District, the Royal Brunei Police Force (RBPF) said.

Two suspects allegedly involved in the smuggling were detained – a 38-year-old local man who drove the vehicle in which the contraband was found, and a 34-year-old local woman.

According to the RBPF, after noticing the suspicious vehicle, the suspect was instructed to stop, but he sped away to escape. Police personnel gave chase and stopped the vehicle with the driver and passenger near the Brunei Bridge Authority building.

Police found suspicious boxes hidden in the back seats and trunk of the car during an inspection. The suspects and contraband were brought back to the Bangar Police Station before being handed over to Temburong’s Religious Enforcement Division. 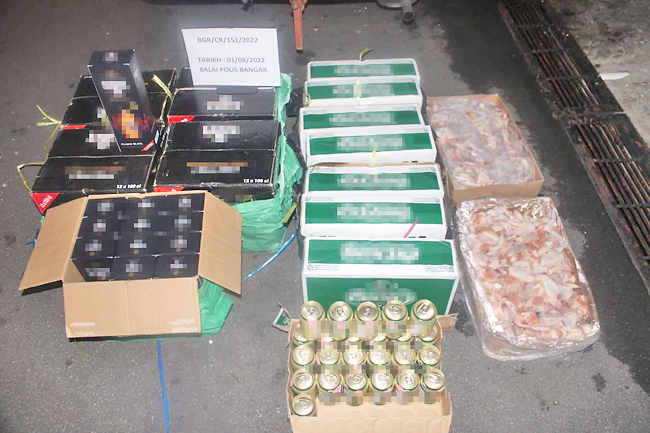