Personnel from the Company ‘C’ Police Reserve Unit of the Royal Brunei Police Force (RBPF) and the Royal Brunei Armed Forces (RBAF) seized a stash of illicit alcohol during a joint operation at Kampong Junjongan, Mukim Pengkalan Batu on Saturday.

Acting on a tip-off, the team rushed to the location in a forested area, where two individuals were seen unloading packages wrapped in black plastic.

The suspects managed to evade arrest. The packages containing 431 cans of beer and 12 bottles of wine were recovered from the shrubbery and brought to the Limau Manis Police Station.

The public can report suspected criminal activities to the 993 hotline or a nearby police station. 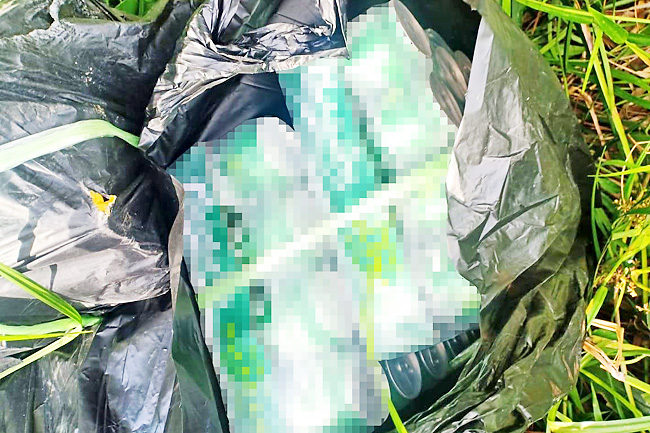