Around 196 bottles of alcohol, 10 cartons of beer, and 115 boxes of various electronic cigarette cartridges were seized by Temburong police during a road block at Labu, Temburong District on Tuesday evening.

According to the Royal Brunei Police Force (RBPF), 18 police officers led by Inspector Farez Akmal bin Aliakbar from the Bangar Police Station were manning the road block where a suspicious vehicle was halted for inspection. Contraband was found in the vehicle bonnet, driven by a 44-year-old local man who was brought back to the Bangar Police Station for an initial investigation.

The case was later handed over to the Royal Customs and Excise Department for further investigation.

Meanwhile, in the Belait District, one driver was pulled over during a road block at Jalan Tengah Panaga, Seria, for having an expired driver’s license and another for an expired road tax on Monday night. The RBPF said the two were being investigated under Section 8(4) and Section (16), Chapter 68 of the Road Traffic Act. RBPF said around 17 police officers from the Belait District Police Headquarters and the Panaga Police Station were involved in the roadblock.

The RBPF advised the public to remain vigilant and share information on suspicious activities. RBPF also emphasised the importance of adhering to road rules and regulations while ensuring that the safe driving mindset is adopted. 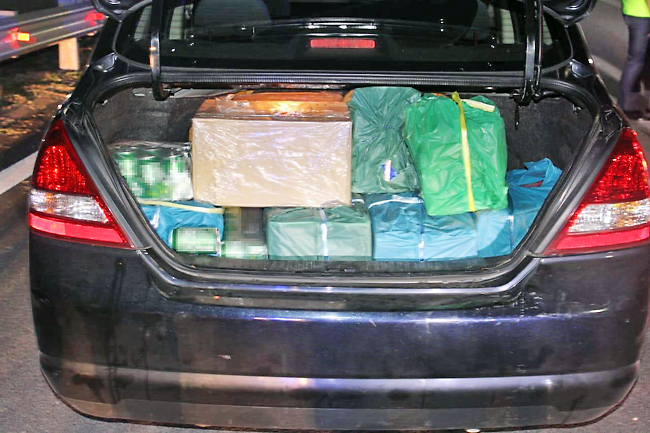