Alcaraz eases into seventh semi-final of 2022

UMAG, CROATIA (AFP) – Defending champion Carlos Alcaraz reached his seventh semi-final of the year on Friday night with a straight-sets win over Facundo Bagnis at the Umag clay-court tournament.

The 19-year-old Spaniard raced away with the first eight games of the match before sealing a 6-0, 6-4 win over his 120th-ranked opponent from Argentina.

Having started the week at a career-high of five in the world, Alcaraz will replace Stefanos Tsitsipas at number four should he defeat Italian qualifier Giulio Zeppieri in the other semi-finals.

“It means a lot to be able to reach the number four ranking, to have a chance to do it,” Alcaraz said. 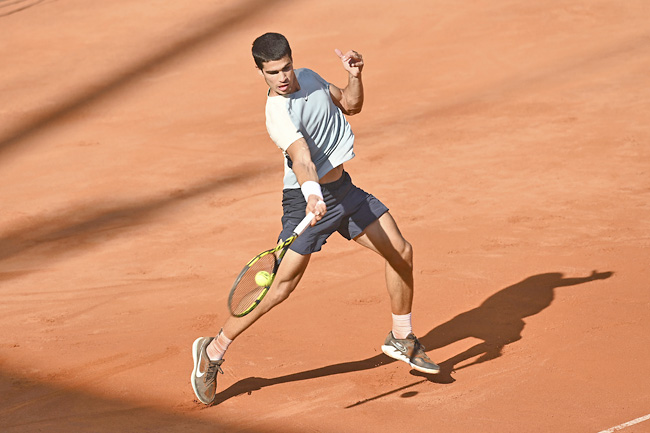