Alarm bells for Macron as left gains in polls

PARIS (AFP) – France’s rejuvenated left-wing parties appear to be gaining ground on President Emmanuel Macron’s centrist allies ahead of parliamentary elections later this month, raising fears for the ruling party that it may fail to secure a majority.

A new poll, published late on Wednesday by the Ifop-Fiducial group, suggested Macron’s Ensemble coalition would win 275-310 seats in the vote, possibly below the 289 needed for a majority.

The first round will be held on June 12 and the second one week later on June 19. It is only then that the shape of the new parliament will be clear.

“We’re taking it seriously because in the media and in the polls the only person who exists, apart from the presidential majority, is Jean-Luc Melenchon,” senior ruling party MP Aurore Berge told France 2 television on Thursday. 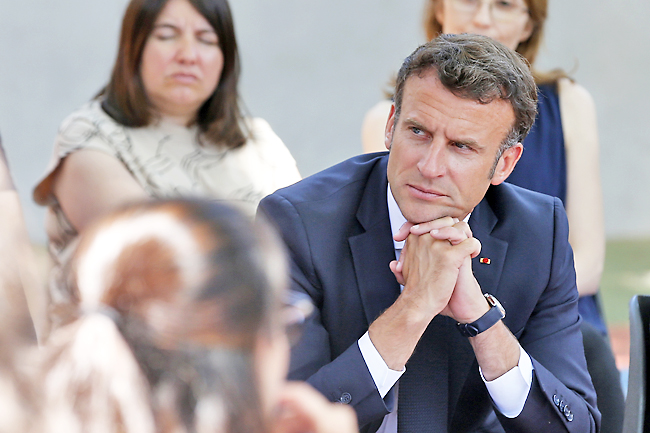