Badminton is growing as one of the popular sports both in the country’s recreational and competitive scenes with enthusiasts at all levels frequenting courts nationwide.

Although the history of the sport in the country can be traced back earlier than the 1990s, former national players continue to be involved in the sport as part of the coaching set-up to unearth the latest talents to lead the new generation.

Brunei former national shuttler Ermadena bin Haji Talip represented the country from 1993 to 2007, where he tasted international exposure through regional and continental competitions. He was a member of the national badminton team that competed at the 1994 and 1998 Commonwealth Games in British Columbia, Canada and Kuala Lumpur, Malaysia.

He also represented the country in the 1999 Southeast Asian (SEA) Games held on home soil in the men’s doubles event and was also part of the men’s team event.

During the quarter-final stage, Amran Kambar pulled Brunei one game back after Singapore had taken the lead through Patrick Lau Kim Pong. The national team’s run and subsequently their hopes eventually ended with a 3-1 defeat, in what would have been a historic bronze. 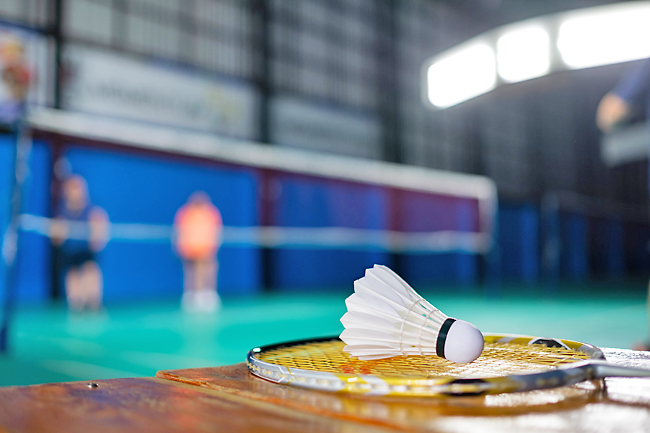 Ermadena and his teammate Michael Nyau Mee Yinn played together in the men’s doubles event against the Vietnam pair of Nguyen Phu Cuong and Tran Duc Sang in the round of 16.

Despite taking the first set 15-12, the national team suffered an early exit after losing the second set 15-8 and 15-7 in the deciding set.

Two years later, Ermadena returned with the national team in the 2001 SEA Games in Kuala Lumpur.

He played in the men’s doubles event with Mohd Fadzli Masri against Thailand pair Pramote Teerawiwatana and Tesana Panvisvas in the round of 16 tie.

During his time competing overseas, defeat in the doubles’ event also came against opponents from different nationalities.

Apart from one of the most-sought after competitions in the world of badminton, Ermadena’s international experience also took him to the Malaysia and Singapore Open where he was in fine company of top ranked athletes.

One of Ermadena’s proudest moments in playing for the country was reaching the semi-finals of a Singapore satellite tournament alongside his partner Amran Kambar during the late 1990s.

A common training routine with the national team during the 1990s included sparring with a foreign player from Indonesia at the Menglait Sports Complex.

The former shuttler also shared that they were trained by a foreign coach throughout his career who was entrusted to guide the country’s shuttlers.

During his time, Chinese coach Wu Xue Kai served as a national coach from 1994 to 2010, which made him one of the longest serving national coaches in Brunei.

Amran, who gained a reputation as a singles player, shared the same court against Indonesian badminton legend Taufik Hidayat when they were drawn in the men’s singles quarterfinals during the 2001 SEA Games.

Ermadena and his national teammates ushered in a new era of badminton in the country, continuing the tradition set by notable former players during the 1980s and the early 1990s such as Wahab Moksin, Suhaili Haji Sabtu, Hamdan and Asri.

The former national athlete, who lists out the smash technique as his favourite move, also named top players that enjoyed global success during his time with the likes of Indonesian trio Ricky Subagja, Rexy Mainaky and Hendrawan.

Now at the age of 45, Ermadena is still heavily involved in coaching the players in the hopes that they will be leading the new generation one day and indirectly spur the country’s badminton to greater heights.