ANN/CNA – Malaysian Deputy Prime Minister Ahmad Zahid Hamidi said that he is confident in retaining the United Malays National Organisation (UMNO) presidency if challenged during the next party election.

“I have been challenged before. There were two contenders who challenged me… (Their) votes could not match the votes I received.

“I am not being arrogant but it was proven in 2018 that even the combined votes of the other two contenders were less than mine,” said the UMNO president in a press conference after a gathering with Rural Development Ministry staff yesterday.

Ahmad Zahid, who is also the Rural Development Minister, was asked by reporters if he was ready to be challenged at the next party polls.

UMNO leadership polls are expected to be held before the middle of this year, following the party’s request to the Registrar of Societies (ROS) last year to hold the polls only after the 15th General Election (GE15). 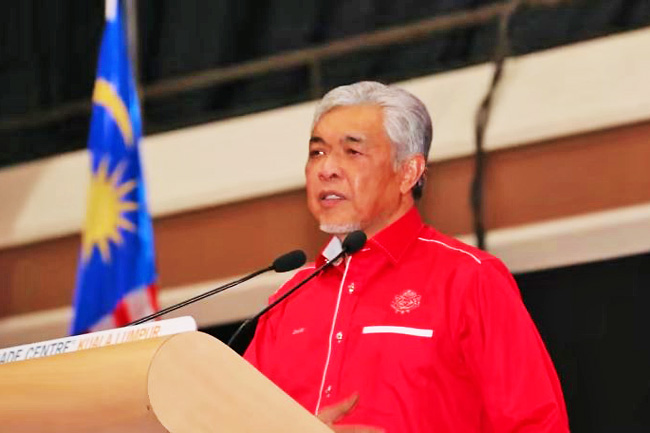