AP – Sergio Aguero (pic below), Manchester City’s record scorer, will leave the English club after 10 years when his contract expires at the end of the season.

The 32-year-old Argentina striker has 257 goals for City, the most famous being his stoppage-time winner against Queens Parks Rangers on the final day of the 2011-12 season that clinched the team its first league title in 44 years.

A key player in the growth of the Abu Dhabi-owned club as a major force in England and Europe, Aguero struggled with injuries over the year and been restricted to just 14 appearances in all competitions this season. The penalty he converted against Fulham on March 13 was his 181st goal in the Premier League but his first in the division since January 2020.

In a Twitter post on Monday to his 14 million followers, Aguero said he had a “huge sense of satisfaction and pride” about playing for City for a decade and is ready to “continue competing at the highest level.”

“Sergio’s contribution to Manchester City over the last 10 years cannot be overstated,” club Chairman Khaldoon Al Mubarak said. “His legend will be indelibly etched into the memories of everyone who loves the club and maybe even in those who simply love football.” 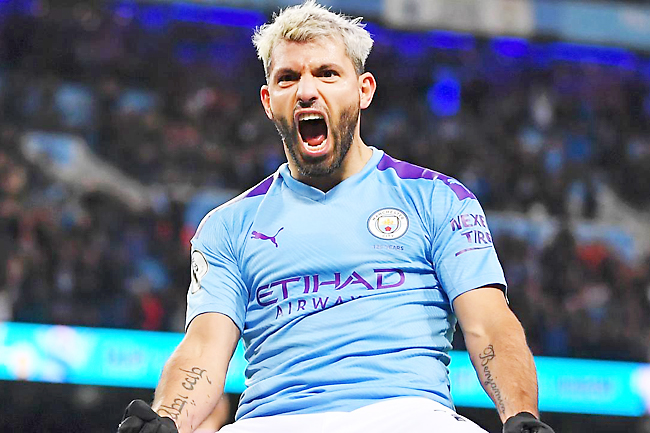 Al Mubarak said a statue of Aguero has been commissioned to stand alongside those currently being made to honour the player’s former teammates, David Silva and Vincent Kompany.

That trio, along with midfielder Yaya Toure, were central to City’s success over the past decade.

Aguero, who joined from Atletico Madrid in 2011, scored at least 28 goals in all competitions in six straight seasons for City and will go down as one of the greatest strikers to have played in the Premier League.

He is the league’s highest-scoring overseas player. His haul of 181 puts him fourth on the all-time scoring list, behind Alan Shearer (260), Wayne Rooney (208) and Andy
Cole (187).