After two virtual years, Sundance returns to the mountains

AP – Randall Park made a pact with himself some years ago that he wouldn’t attend the Sundance Film Festival if he didn’t have a project there. But the Fresh Off the Boat star never imagined that his first time would be as a director and not as an actor.

His adaptation of Shortcomings, Adrian Tomine’s graphic novel about three young-ish Asian Americans finding themselves in the Bay Area, is among the films debuting in competition at the festival, which begins on Thursday night in Park City, Utah.

“Sundance is the pinnacle to me,” Park said in a recent interview. “I still can’t believe we’re going.”

Park is just one of hundreds of filmmakers putting finishing touches on passion projects and making the sojourn to Park City this week, looking to make a splash at the first in-person edition of the storied independent film festival in two years.

Festivalgoers will see some unexpected turns from stars, like Jonathan Majors as an amateur bodybuilder in Magazine Dreams, Emilia Clarke as a futuristic parent in Pod Generation, Daisy Ridley as a cubicle worker in Sometimes I Think About Dying and Anne Hathaway as a glamorous counsellor working at a youth prison in 1960s Massachusetts in Eileen. 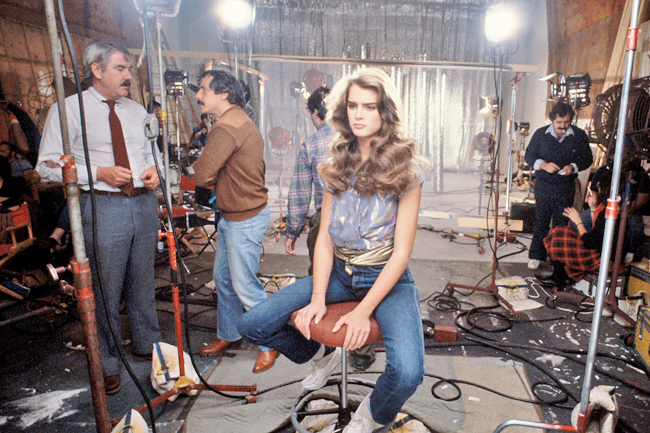 Bridgerton star Phoebe Dynevor also breaks out of her corset leading the contemporary adult thriller Fair Play as an ambitious woman working at a high stakes hedge fund with a boyfriend played by Alden Ehrenreich. Sundance will be her first film festival ever and she’s especially excited that it’s with one of the best scripts she’s ever read.

“It’s quite a polarising one,” Dynevor said. “I can’t wait to see how everyone responds to it.”

The slate of over 100 films premiering around the clock (from 8am to midnight) over 10 days are as diverse as ever. There are three films about Iranian women (The Persian Version, Joonam and Shayda), stories about indigenous people (Twice Colonoized, Bad Press), women’s rights and sexuality (The Disappearance of Shere Hite) and the war in Ukraine (20 Days in Mariupol, a joint project between The Associated Press and PBS Frontline.)

And, as always, there are intimate portraits of famous faces, like Michael J Fox, Little Richard, Stephen Curry, Judy Blume, the Indigo Girls and Brooke Shields.

Lana Wilson (Miss Americana) directed the much-anticipated Shields documentary Pretty Baby, in which Shields reflects on her experiences from child model to teen superstar and beyond, including her complex relationship with her mother, Andre Agassi and the time Tom Cruise publicly criticised her for taking anti-depressants.

“I kept coming back to this idea of agency and of her slowly gaining agency first over her mind, then over her career and then over her identity,” Wilson said.

If the past two years have proved anything, it’s that Sundance doesn’t need its picturesque mountainside location to thrive. After all, it was at a virtual edition that the festival hosted the premiere of CODA, which would become the first Sundance movie to win best picture at the Oscars. Summer of Soul, another virtual Sundance premiere, also won best documentary last year, and both are getting encore, in-person screenings this year.

But even so, the independent film community – from the newcomers to the veterans – has felt the lack of the real thing. There is, after all, a certain magic about seeing a new film from an unknown in the dead of winter at 7,000 feet elevation wondering, as the lights go down in a cinema overflowing with puffy coats if you might just be among the first to witness the debut of the next Ryan Coogler or Kelly Reichardt.

Founder and CEO of Picturestart Erik Feig, joked that he’s been going to the festival for “a billion years”. It’s where he saw Thirteen and hired Catherine Hardwicke to direct Twilight, and, years later, Whiplash, beginning a relationship with Damien Chazelle that would lead to La La Land. Sundance also is where he saw Napoleon Dynamite and Little Miss Sunshine for the first time, too, and others that “feel iconic and have been part of the cultural zeitgeist forever. That moment of discovery was at Sundance”.

This year, his company is coming armed with a new comedy that could very well enter that canon of Sundance discoveries: Theater Camp, a heartfelt satire of the musical theatre world set at a crumbling upstate New York summer camp (AdirondACTS). The film is a collaboration of longtime friends Molly Gordon, Nick Lieberman, Ben Platt and Noah Galvin.

“I felt so inspired by so many collectives of people that had come up together like Christopher Guest, The Groundlings, The Lonely Island, who made stuff with their friends,” Gordon, who co-directed and stars, said. “We thought, let’s make something about a world that we know really well and a world that we love. And because we love it, we can make a lot of fun of it.”

Veteran indie filmmakers will be there with fresh offerings too like Ira Sachs (Passages) and Sebastián Silva (Rotting in the Sun). Once director John Carney has a new musical with Eve Hewson and Joseph Gordon-Levitt (Flora and Son), Nicole Holofcener reunites with Julia Louis-Dreyfus in You Hurt My Feelings and Susanna Fogel adapts the viral New Yorker story

With COVID-19 outbreaks still happening, some events and gatherings are requiring tests and proof of vaccination. People like Luis Miranda Jr, coming with a documentary he helped produce, Going Varsity in Mariachi, is planning to mask up while celebrating the movie.

“We’re bringing real mariachis to Utah and will have a party with real mariachi music,” Miranda said excitedly. The festival is embracing a different kind of hybrid approach after the success of previous years. Starting today, five days in, many of the films will be available to watch online for people who bought that now sold-out package.

Some films already have distributors in place but many do not and onlookers are interested to see how those acquisitions play out. After several years of deep pocketed streaming services making big plays, the market may have stabilised. Streamers are more cautious and traditional studios have learned how to compete.

Producer Tommy Oliver, the CEO and founder of Confluential Films, has four movies at the festival up for sale: Fancy Dance, Young. Wild. Free, To Live and Die and Live and Going to Mars: The Nikki Giovanni Project. He knows as well as any that Sundance isn’t just a place for celebration and discovery, but for connections too.

The Sundance Film Festival runs from January 19 through the 29.