KOZYN, UKRAINE (AFP) – Six years after she left Ukraine to follow her husband and promises of a dignified life under the Islamic State (IS) group in Syria, Alime Abbasova arrived home on New Year’s Day, hopeful for a fresh start.

The journey that took her from the Crimean peninsula, annexed by Russia, to the so-called Caliphate, and then to camps for IS sympathisers run by overstretched Kurdish authorities, was a miscalculation, she told AFP.

“You know what they say: we all make mistakes. What happened is now behind us, thank God,” the 37-year-old mother-of-five said.

At a Soviet-era spa in central Ukraine where she was in quarantine and making plans for the future, Abbasova said, “Now I only hope for the best.”

Western countries have been reluctant to repatriate their IS-linked nationals held in northeast Syria, though some have brought home women and children on a case-by-case basis.

But Ukraine President Volodymyr Zelensky was unambiguous in his country’s position when he publicly welcomed Abbasova and another returnee home last month.

“Ukraine will always bring home all of its citizens, no matter who they are and wherever they get into trouble,” he said.

The ex-Soviet country is home to hundreds of thousands of Crimean Tatars, a minority, mostly living in Crimea, who opposed Russia’s 2014 takeover of the peninsula and fled, fearing political persecution. 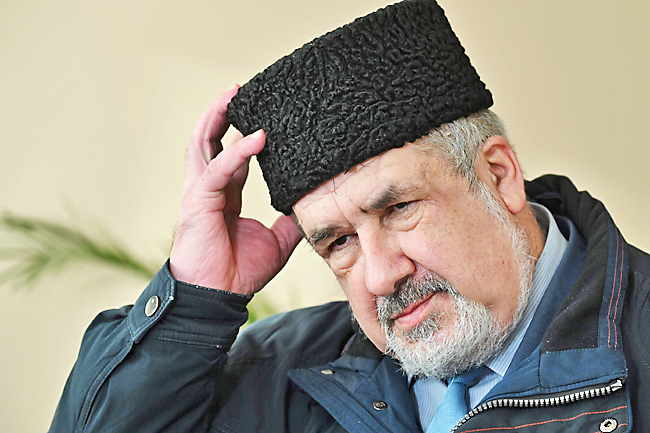 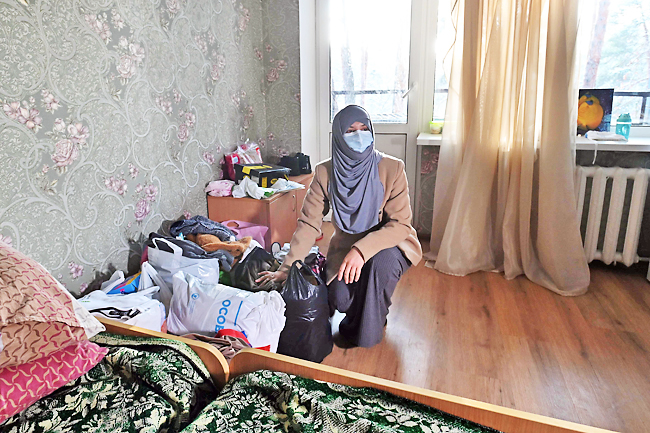 Abbasova said that she and her husband were lured to IS-controlled territory by one of his friends, who promised him he could continue his work repairing shoes in the

“I didn’t want to be left without a husband. I had two children at that time”, she said, of her decision to follow.

Echoing many returnees and IS-linked detainees, she said that she quickly became disillusioned with life in Syria and was “disappointed” by the terror group’s brutal

But there was no way out, she said, describing the so-called Caliphate as a “trap” where “all roads closed”.

“If you tried to escape, they could shoot you in the back,” she said.

In the four years that she and her husband spent in Syria, Abbasova said that they were never called to take up arms by the terror group’s leadership.

But that claim did not resonate with the Kurdish forces that accepted their surrender in 2019 and separated the husband and wife in captivity. “It was the last time I saw my husband,” Abbasova, who took charge of their children, said.

She said she spent nearly two years in the Kurdish-run camps, al-Hol and Roj, where tens of thousands of relatives of IS fighters and sympathisers have been held since the 2019 defeat of IS.

She described life in the sprawling tent cities that have been battered by inhospitable weather and lawlessness as “very difficult”.

Aid groups, too, have deplored conditions at the al-Hol camp, where the United Nations (UN) recently reported a spate of murders.

Still, the camps, run by Kurdish authorities, are home to at least 10 more Ukrainian women and some 30 children that Tatar community leaders are working to return to Ukraine.

He said that “special services were already engaged in this” process too.

He made clear however that neither he nor Ukrainian officials were seeking to fly home men who voluntarily travelled to Syria.

Chubarov told AFP that he had urged the two women who were returned to Ukraine to start again and “grab onto life”. “They might be more successful than those around them, because they saw what many others did not see, they went through hell”, he said he had told them. Abbasova has few other options, since the life she left behind six years ago is all but gone.

She said she planned to go to Kremenchuk in central Ukraine, where her husband’s family was awaiting her and the children.

With slim hopes of seeing her husband again, Abbasova said her focus was now on her five children – three sons and two daughters, aged between two and 14 – all bustling around.

“I want to take care of my children,” Abbasova said. “They need to be raised.”

She added, “Each child needs an individual approach, they’ve missed a lot in their studies.”