WASHINGTON (AFP) – Julien Rocher has been able to see his son Zadig, who lives in the United States (US), only once in 15 months since Washington shut the country’s borders over the COVID-19 pandemic.

He is one of thousands separated from spouses, children or grandparents because of the tight lockdown of the country’s frontiers, yet to be lifted despite the widespread distribution of vaccines on both sides of the Atlantic.

Many are pressuring the administration of US President Joe Biden to permit general travel to and from the US, with families spilling their anguish and anger over the forced separations onto social media.

They are particularly angry over Washington’s lack of reciprocity after the European Union (EU) announced on May 20 it would re-open borders to travellers, including Americans, just ahead of the summer season.

Producer of commercial videos who lives in France, Rocher used to see Zadig, 11, who lives in Los Angeles with his mother, each year. 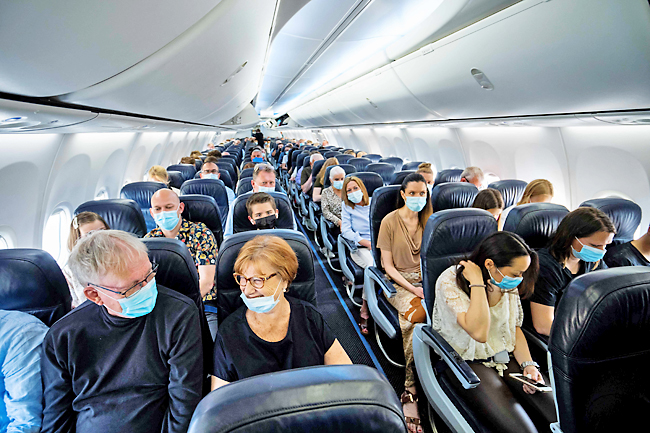 But the boy’s mother doesn’t want him to travel to France out of fear he would not be able to return to the US.

That keeps Zadig separated from his dad as well as a three-year-old half-sister.

“It is hard to maintain family ties over time with such a distance,” Rocher told AFP.

Maintaining a relationship via Zoom is “extremely difficult”, he said.

“I didn’t understand right away the impact on our relationship. But the second summer has arrived and I have the feeling of completely melting down. It’s like he has disappeared.”

When the COVID-19 threat first emerged, the US government closed its borders to travellers from China in January 2020.

Two months later the frontier was closed to people from Canada, most of Europe, Britain and Ireland, and then to Brazil in May 2020.

Earlier this year Biden extended the lockdown to India and South Africa after new, more virulent Covid variants emerged there.

The lockdowns did not affect US citizens and permanent residents returning from abroad.

But it hit tourists, people with temporary work visas, and those with long-stay visas like Zadig.

If they leave it’s not clear they can get back. US consulates have all but shut down visa application process.

And those with visas have to first travel to a third country not on the US ban, like Turkey or Mexico, and quarantine for 14 days – a risk in itself.

Some specific categories of travellers, like students, journalists, and medical workers, can get exceptions to allow them back in the US.

Rocher was able to see his son early this year after he obtained an exception for a business trip to California. Other families have similar experiences.

Phil and Michell White are British citizens who live and work near San Francisco. Each lost their mother this spring.

Neither could travel to see them before they died, or attend the funerals, out of fear they could not return. They had to follow the funerals by streaming video.

“The day before my mother’s funeral, my mother-in-law passed away,” Phil told AFP.

“My wife was able to say goodbye to her mum via FaceTime. I sadly didn’t even have that opportunity.”

Phil White said he felt like a victim of “discrimination” when the American employees of his company are free to travel back and forth to Britain without problem, while he and his wife cannot.

“I completely understand that the US don’t want stag parties from Manchester going to Las Vegas, but our situation is different,” he said.

The restrictions apply to thousands of people with permits to work in the US.

Brazilian Ana Luiza Farias works in corporate governance in Washington, and has not seen her family for a year.

She has an H1B work visa and is not covered by the exceptions to COVID-19 travel.

That makes leaving for a visit back home risky, and so she has remained in the US.

“Whenever I go to Brazil I have to request a visa at the consulate,” she said.

“I am still authorised to work and live in the US, but my entry visa has expired, and I can’t get a new one because the consulate is closed.”

French political scientist at Brookings Institution Celia Belin called the situation “Kafkaesque” for Europeans in the US, in an opinion piece for Le Monde.

“The travel restrictions have become a regime of discrimination,” she wrote.