HMS Defender is part of the UK’s Carrier Strike Group 2021 (CSG21), led by HMS Queen Elizabeth (on its maiden operational deployment this year), according to the British High Commission in Brunei Darussalam. The Queen Elizabeth is one of the two largest warships ever built for the Royal Navy and is now leading a British and allied task group on the UK’s most ambitious global deployment for two decades, visiting the Mediterranean, the Middle East and the Indo-Pacific.

HMS Defender will demonstrate the UK’s interoperability with allies and partners and ability to project cutting-edge military power in support of international maritime security.

HMS Defender’s Commanding Officer Commander Vince Owen said, “It is a great privilege for HMS Defender to have the opportunity to represent Global Britain in Brunei. Brunei is an important enduring friend and partner of the UK in the region and I am very much looking forward to welcoming representatives from the government and armed forces onboard to show them what we are capable of. It is an honour to deepen this longstanding relationship in support of our shared goals of regional stability and economic development.”

Virgoe said, “We’re delighted that HMS Defender is visiting Brunei. This will be the fifth UK ship to visit Brunei in the span of three years. HMS Defender’s deployment underlines the UK’s commitment to the rules-based international order, which is essential for maintaining stability, security and prosperity in Southeast Asia.”

During the visit, members of the ship’s crew hope to conduct a Passing Exercise with the RBN and a number of liaison activities.

The visit by HMS Defender has been planned in cooperation with Brunei’s Ministry of Health (MoH) , with strict protocols in place to ensure the ship and its crew are free of COVID and to avoid any risk to Brunei. All crew are fully vaccinated and tested following the MoH guidelines.

Due to COVID considerations, HMS Defender will not be open for the public to visit. 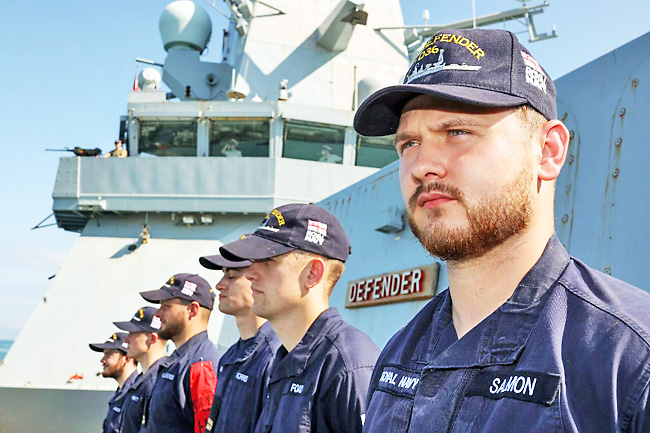