Adding the oomph to congee

But there’s no need for it to be gruelling. Why? Because there are so many ways to make it so much better.

While the Scottish have a strong tradition of eating the oat-based dish plainly adorned in the most traditional sense with salt and water, it’s morphed into something entirely different elsewhere.

Here in Asia, there’s a whole world of different ways water is combined with grains to create porridges of different qualities. Think jaulo or khichadi, maybe dhido at a stretch, and you’ve got the idea.

In China, however, and several other nations in this part of the world, there’s something called congee.

In Myanmar, you might find Hsan Pyoke, topped with peanuts or meatballs, flavoured with chicken stock and shrimp paste; in Japan, you might find it called okayu, served with salted salmon, scallions and pickled plum. 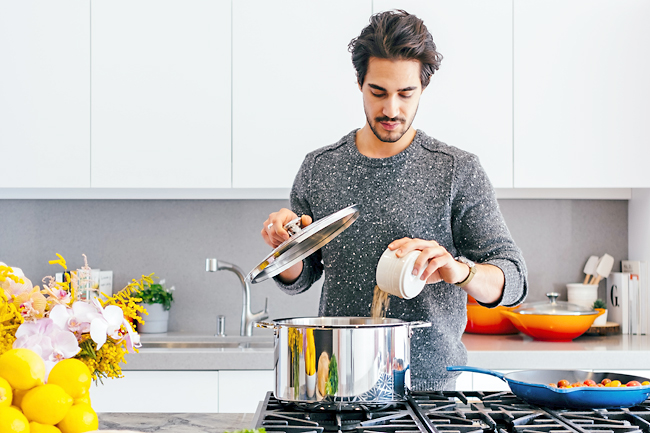 While in China it’s typically a breakfast dish, it’s perfect for any time of day.

It’s hearty, it’s wholesome, and it’s a great way to use leftover rice without frying it.

Given everyone is being encouraged to distance themselves socially, and remain at home, this is another great way to make sure you’re not wasting food. On top of that, the dish is a delicious platform for so many flavours.

While there’s the basic recipe for congee, feel free to adorn it with whatever you like.

This recipe is simple: boil rice with more water than you’re used to, over a period of time that would make you feel uncomfortable. You can make this with new rice, but it will take about twice the time to cook.

Celebrated chef Yottam Ottolenghi’s recipe uses approximately 800ml of liquid with 350 grammes of cooked rice, and that is a good starting point for four servings.

Then, when it comes to the toppings, it’s up to you.

Bring water to a boil with stock cubes and fish or soy sauce. Add cooked rice simmer for approximately 30 minutes, until the water has reduced and the rice has taken on a porridge-like texture.

Make sure it’s not too thick, and feel free to add liquid if it’s too stodgy. Alternatively, if you do not have stock cubes, add salt to taste.

WHAT GOES ON TOP:

While one might find youtiao, a savoury long doughnut, served alongside plain congee in China, the world is your oyster when it comes to toppings.

To start, think of sliced scallions, crispy fried onion and garlic, a small shower of soy sauce, or, if you’re a glutton like me, some meat and vegetables to make it a full-on dinner dish.

Take all ingredients and mix well. Let it marinate for 30 minutes to two hours, covered and chilled. Cook greens quickly in boiling water, shock in cold water to stop the cooking process.

Add the marinated mixture, once at room temperature, to a ripping-hot pan and stir-fry until the meat is juicy and garlic and ginger are crispy.

Serve congee in a bowl, topped with greens then a couple of spoons of the chicken mixture.