ATLANTA (AP) – America has honoured Martin Luther King Jr (MLK) with a federal holiday for nearly four decades yet still hasn’t fully embraced and acted on the lessons from the slain civil rights leader, his youngest daughter said on Monday.

“We love to quote King in and around the holiday… But then we refuse to live King 365 days of the year,” she declared at the commemorative service at Ebenezer Baptist Church, where her father once preached.

The service, organised by the centre and held at Ebenezer annually, headlined observances of the 38th federal King holiday.

King, gunned down in Memphis in 1968 as he advocated for better pay and working conditions for the city’s sanitation workers, would have celebrated his 94th birthday on Sunday.

She said she’s “exhausted, exasperated and, frankly, disappointed” to hear her father’s words about justice quoted so extensively alongside “so little progress” addressing society’s gravest problems. 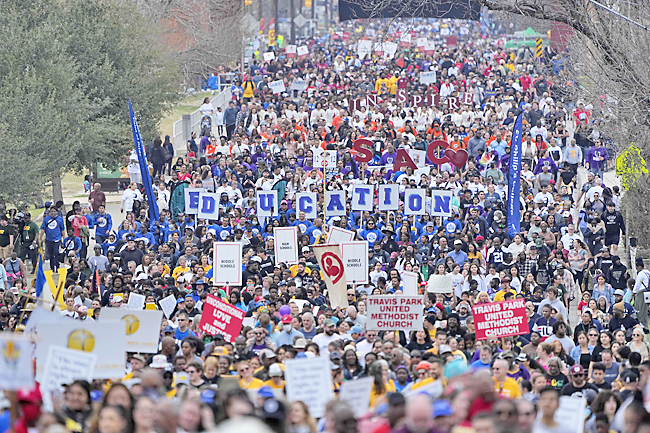 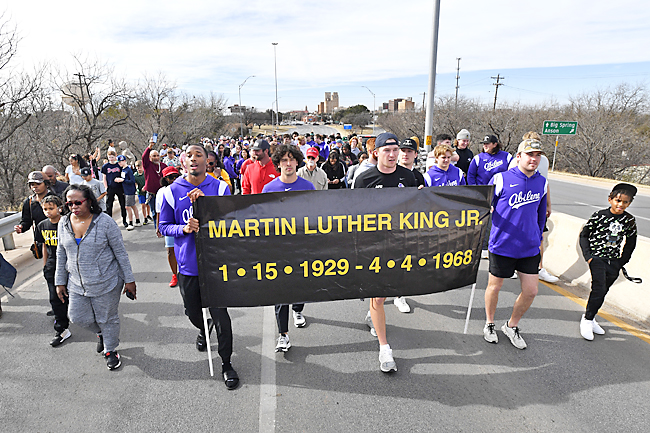 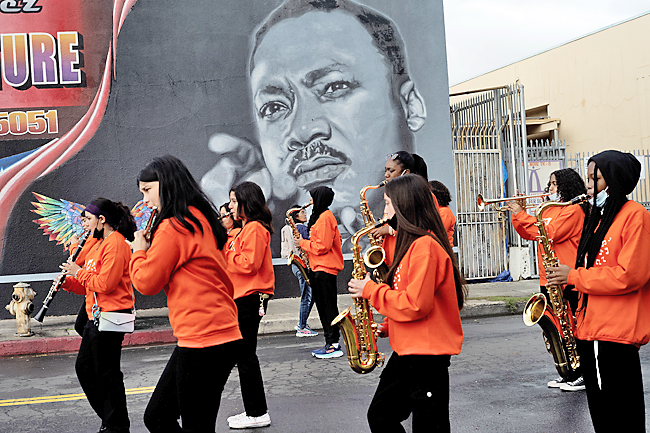 “This is a time for choosing,” Biden said, repeating themes from a speech he delivered on Sunday at Ebenezer at the invitation of Senator Raphael Warnock, the senior pastor at Ebenezer who recently won re-election to a full term as Georgia’s first Black US senator.

“Will we choose democracy over autocracy, or community over chaos? Love over hate?” Biden asked on Monday.

“These are the questions of our time that I ran for president to try to help answer… Dr King’s life and legacy – in my view – shows the way forward.”

Elsewhere in Washington, Martin Luther King III attended a wreath-laying ceremony at the national memorial to his father.

And Vice President Kamala Harris, the first woman and person of colour to hold the office, spoke to volunteers at a day of service project at George Washington University.

In Los Angeles, the Kingdom Day Parade returned after a two-year pandemic break.

Other commemorations echoed Bernice King’s reminder and Biden’s allusions that the “Beloved Community” – Martin Luther King’s descriptor for a world in which all people are free from fear, discrimination, hunger and violence – remains elusive.

In Boston, Mayor Michelle Wu talked about advancing truth in an era of hyper-partisanship and misinformation.

“We’re battling not just two sides or left or right and a gradient in between that have to somehow come to compromise, but a growing movement of hate, abuse, extremism and white supremacy fuelled by misinformation, fuelled by conspiracy theories that are taking root at every level,” she said. Wu, the first woman and person of colour elected mayor of Boston, said education restores trust.

Quoting King, she called for overcoming the “fatigue of despair” to enact change.

“It is sometimes in those moments when we feel most tired, most despairing, that we are just about to break through,” Wu told attendees at a memorial.

Volunteers in Philadelphia held service projects focussed on gun violence prevention. The city has seen a surge in homicides that saw 516 people killed last year and 562 the year before, the highest total in at least six decades.

Some participants in the effort’s signature project, led by Children’s Hospital of Philadelphia, worked to assemble gun safety kits for public distribution.

The kits include “gun cable locks and additional safety devices for childproofing”, according to organisers.

They also include information about firearm storage, health and social services information, and coping in the aftermath of gun violence. Other kits being assembled highlighted Temple University Hospital’s ‘Fighting Chance’ programme and included materials to enable immediate response to victims at the scene of gunfire.

Recipients are to be trained in the use of the materials, which include tourniquets, gauze, chest seals and other items to treat critical wounds, said organisers.

In Selma, Alabama, a seminal site in the civil rights movement, residents were commemorating King as they recover from a deadly storm system that moved across the South last week. King was not present at Selma’s Edmund Pettus Bridge for the initial march known as “Bloody Sunday,” when Alabama state troopers attacked and beat marchers in March 1965.

But he joined a subsequent procession that successfully crossed the bridge toward the Capitol in Montgomery, punctuating efforts that pushed Congress to pass and President Lyndon Johnson to sign the Voting Rights Act of 1965.

“His unshakable faith, powerful non-violent activism and his vision for peace and justice in our world altered the course of history,” Rachel Talbot Ross said in a statement.