The award aimed to increase the student’s motivation in achieving excellence in their studies and at the same time to encourage them to continue their hard work in the upcoming examination. The ceremony began with recitation of Surah Al-Fatihah and recitation of Al-Quran verses led by Year 2 student, Ahmad Ridwan Azzawani bin Zainul Arifin.

It was then followed with a motivational talk delivered by an alumni of the institute Mosque Affairs Officer Pengiran Ahmad Faris Ramadhani bin Pengiran Haji Sellahuddin. 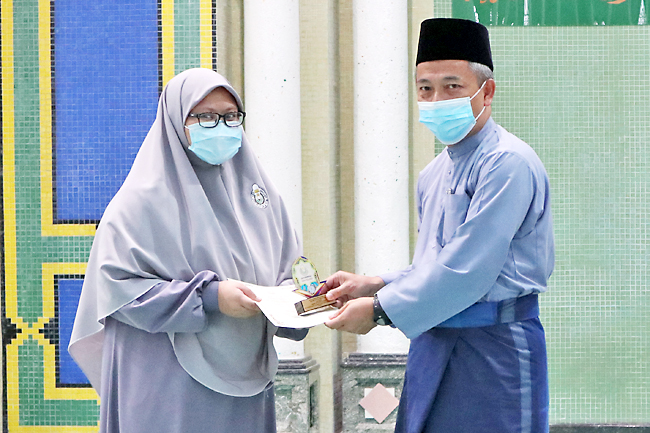