Abbas urges US to compel Israel to stop violations against Palestinians

RAMALLAH (XINHUA) – Palestinian President Mahmoud Abbas (AFP, pic above) on Friday called on the United States (US) administration to compel Israel to stop its violations against the Palestinians in the Palestinian territories.

Abbas made the appeal in a phone conversation with US Secretary of State Antony Blinken, said an official press statement. During their conversation, Abbas briefed Blinken on “the Israeli aggressions against the Palestinian people in cities, villages, and camps, including sieges, killings, house demolitions, and settlements’ expansion”.

For his part, Blinken told Abbas that his administration “is exerting efforts and holding contacts to calm down the current tension between Israel and the Palestinians, mainly in the West Bank and East Jerusalem”.

The statement also said that Abbas and Blinken agreed to continue their contact in the coming future.

The call between the two men came following the mounting tension between the Palestinians and the Israeli army in the West Bank.

On Thursday, four Palestinians were killed by Israeli soldiers in East Jerusalem and the West Bank.

The incident came amid dramatic political changes in Israel after the right-wing bloc led by former Israeli prime minister Benjamin Netanyahu won the Parliamentary elections with a majority of 64 seats. 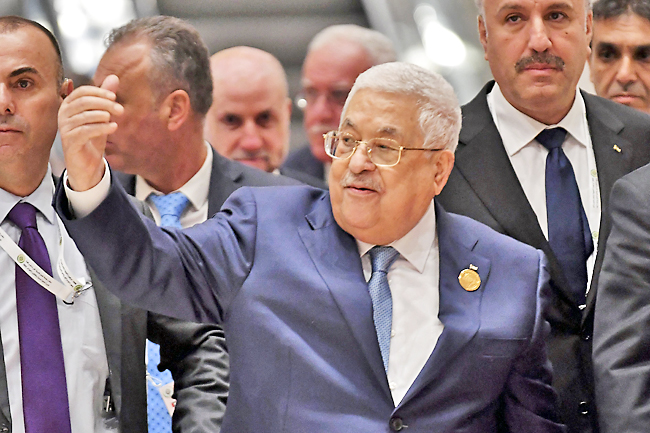