AFP/ VOGUE – Debbie Harry’s memoir, Face It, was published late last year, just about the time that Junya Watanabe would have been beginning to work on his collection. Harry has always lived in Watanabe’s mind’s eye. “She was the one, when he was a young man,” a PR rep said.

That the Blondie frontwoman and punk pinup has special meaning for Watanabe was clear from the runway. Models wore rooty platinum wigs and microphone-smudged red lipstick, and Harry’s thrift shop prom dresses were spliced and diced into tulle petticoats layered under leather skirts.

Sexy by Junya Watanabe was the collection’s official theme, an email explained, but Watanabe’s sexy is not the slinky or skin-baring kind. His bustier dresses were cut from impenetrable luggage leather and in at least one instance layered over a blazer.

Otherwise, we were treated to the kinds of deconstructions that qualify as Watanabe classics now: jackets scissored down the back and makeshift-ed back together with different ones, or simply worn as half-jackets held in place with a shoulder strap or belt. All this was marched out on winklepicker booties made in collaboration with Tricker’s, the English footwear company.

This was Watanabe’s love letter to Harry, but the resulting message wasn’t so much “call me” as “watch out” or, maybe, “thank you, but I’m self-partnered”. 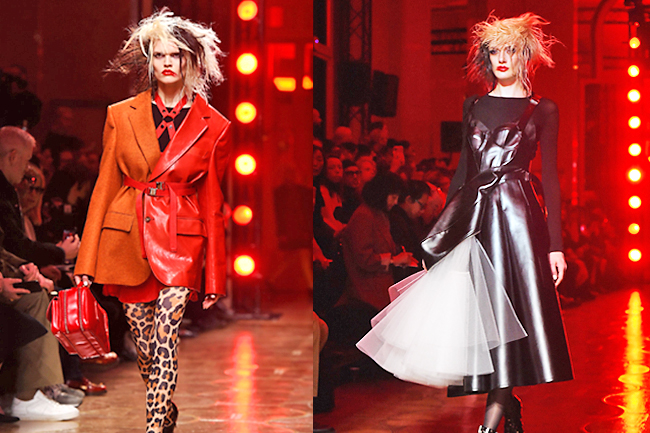 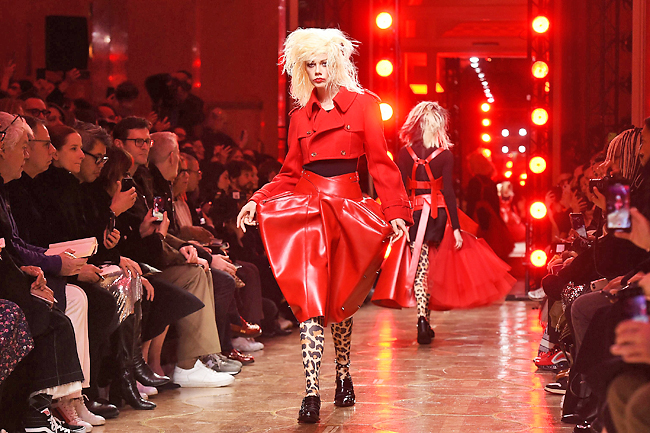 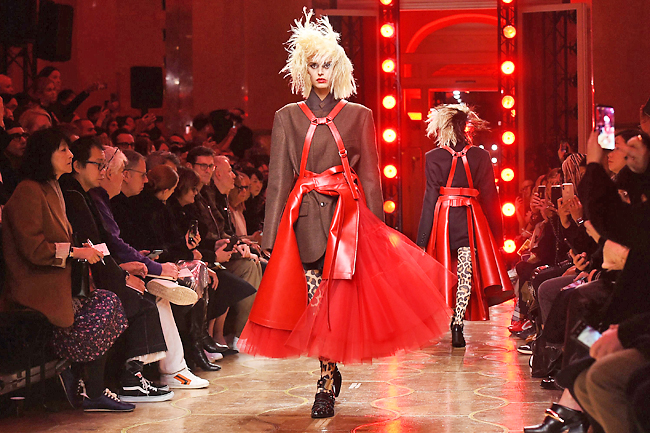 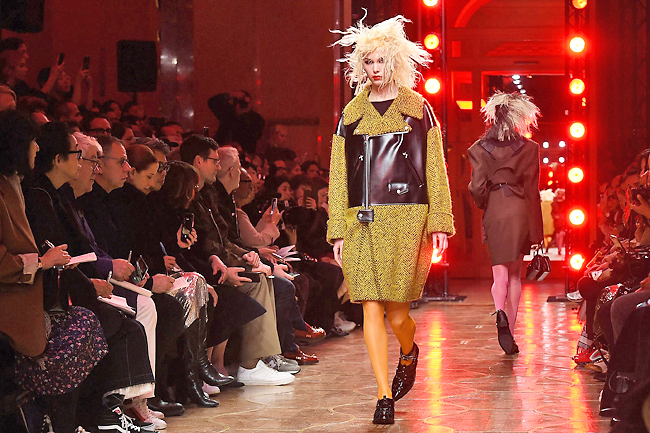 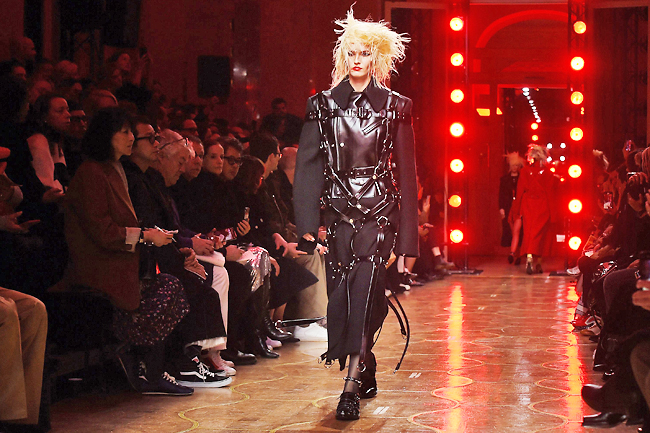 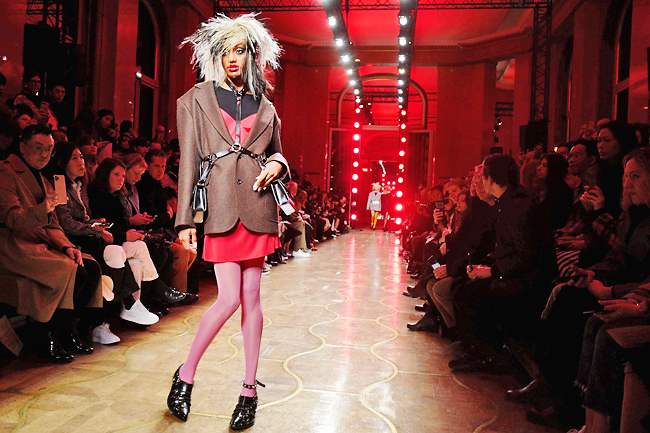