THE WASHINGTON POST – It might be hard, at the present moment, to read the title of Susan Liautaud’s The Power of Ethics without snickering or rolling one’s eyes. I am writing this the day after a mob, convinced by the United States (US) President Trump’s relentless but groundless statements regarding election fraud, swarmed and occupied the Capitol building in an attempt to derail American democracy.

The book’s title, at any rate, is misleading. The Power of Ethics is more focussed on the demands of ethics than on its alleged powers; its main intention is to help its readers make better ethical decisions. Moreover, Liautaud – founder of a British-based ethics consulting group who also teaches at Stanford – is mostly concerned with a fairly narrow range of ethical questions, those that happen on what she calls “the ethics edge”.

Technological advances pose many previously unknown ethical questions, and the law is frequently not sufficiently current to settle them. What are the ethics of posting photographs of your children on Facebook? Of posting online instructions for 3D printing firearms? When private homes are rented via Airbnb, are their owners permitted to engage in racial discrimination? And so on. 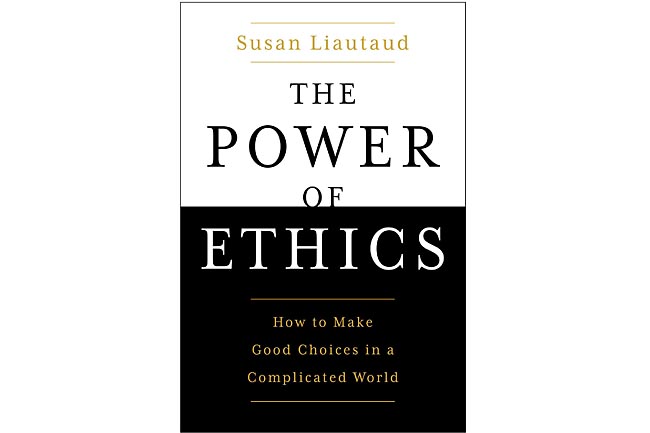 Interesting questions, however, do not guarantee satisfying answers, and Liautaud’s recommendations about how to resolve them are frequently frustrating and often vague. She claims to offer a “framework” for dealing with such questions, for which she makes bold claims: “The framework for ethical decision-making can help us integrate ethics into any decision; it works for individuals, organisations, and governments; and it targets your specific dilemma and circumstances.”

But the framework basically consists of four guiding questions that are mostly common-sense, advising that we clarify our principles, seek out the necessary information, identify the relevant stakeholders and think about the consequences of our actions. This is sensible, but hardly revolutionary.

Some parts of the framework, moreover, are quite problematic. What are we to make of the claim that “stakeholders” include “any person, organisation, object, or factor that could influence, or be affected by, a decision or situation”? This is absurd. A headache, or ineptitude with statistics, might well influence one of my decisions, but to call these stakeholders is nonsensical. As for consequences, it is indeed obvious that we ought to think about them when making decisions; but it would have been nice to hear something about which consequences are good and which are bad.

Liautaud is drawn especially to issues related to the Internet and related technology, and the questions addressed tend to be those asked by relatively affluent and technologically savvy consumers. The result is a deep, at times striking lack of attention paid to other, highly crucial questions, and a tendency to focus on the trivial. Outside of the issue of racial discrimination in relation to Airbnb, issues of equality are barely mentioned. One finds no mention, for instance, of broader issues of race, nor of the staggering levels of economic inequality within the US, nor of the even more staggering inequalities separating Americans from residents of developing countries.

Though I wish it had received a deeper discussion, I do admire the value and importance Liautaud places on truth, and I agree with her that the technological promulgation of “alternative facts”- or as she says, “compromised truth” – constitutes one of the most serious threats our society faces. Even here, though, it is not completely clear what she thinks we ought to do about it, outside of the most obvious recommendations – suggestions like “seek perspective and fight for facts” and “don’t confuse consensus with truth”. This is characteristic of the book as a whole, which often claims to offer a systematic approach to ethics – the “framework”, the six forces that drive ethics,” the “three pillars that support ethical decision-making”, etc – but which mostly consists of a grab bag of suggestions and observations.

As it happens, frameworks for thinking about ethics already exist. There is, indeed, a rich and venerable literature of ethical thought, by philosophers, religious thinkers and others, that treats difficult questions – including those she addresses – with depth and nuance. Because Liautaud never acknowledges its existence, it is unclear whether she thinks The Power of Ethics offers any sort of advance on this sophisticated and voluminous body of writings.

Moreover, if her intent had been to help her readers improve their ethical thinking, pointing them toward this literature would have been useful, indeed, vital.

Had Liautaud delved into the work of utilitarians like John Stuart Mill and Peter Singer, she might have used them to clarify her views as to which consequences are actually relevant to the rightness of our actions, and how they are relevant. They might also have helped her see that asking whether we ought to tell our guests that our Amazon Alexa might be listening to their conversations is surely less important than inquiring into Amazon’s treatment of its employees, or the effects of its business practices on independent bookstores and other small businesses.

They, or T M Scanlon or John Rawls, might have asked whether the existence of a subgroup of people who can afford to purchase digital assistants for their homes, at a time when over half a million Americans have no homes and almost 700 million people worldwide suffer from hunger, is itself an ethical issue that we need to think seriously about.

Indeed, a serious consideration of any of these thinkers might have helped Liautaud see that if we take the general status quo for granted, and apply ethical procedures only to narrowly defined questions within its limits, we abandon the most potent power ethical thinking can exhibit.

A bolder, more searching book would have encouraged its American readers to step away from themselves and think, objectively and self-critically, about their position in the world, how they have achieved it, and what it takes to maintain it. Its failure to seize this opportunity renders The Power of Ethics far less powerful than it might, and ought, to have been.