A taste of Malaysia at food festival

Deputy High Commissioner of Malaysia to Brunei Darussalam Nur Ezira Mahadi, Board of Directors of RBC, representatives from Tourism Development Department of the Ministry of Primary Resources and Tourism were also present. Showcasing a true taste of Malaysia, Anjung Saujana has specially flown in guest chef from Malaysia, Chef Mohammad bin Arshad, popularly known as Chef Matt, who demonstrated a roti terbang routine as well as a Teh Tarik performance. The demonstration will also be held for the public during the first weekend of the festival.

The festival will run from December 2 until 31 in conjunction with the 6th Brunei December Festival. With over 70 authentic Malaysian dishes on offer, Anjung Saujana Restaurant is bringing the Malaysian dishes including ayam enche kabin nyonya Melaka, ikan asam pedas Johor, kambing merah Johor, Kuching kolo mee and an array of Malaysian desserts. An assemble of live stalls including noodles, iced kacang, murtabak, Hainanese Ipoh chicken rice and Teh Tarik stalls are set up. 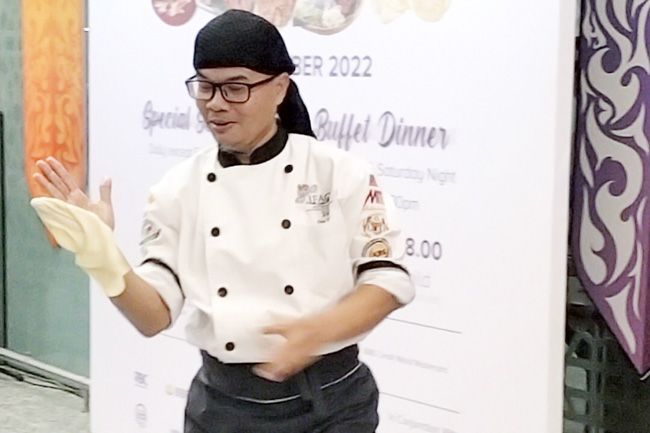