VOGUE/AFP – Yohji Yamamoto arrived in Paris to launch his label nearly 40 years ago. Yet backstage after a show held in the gilded reception hall of the Hôtel de Ville, he seemed unaware of the approaching milestone. “Already?” he said with a flutter of surprise.

One couldn’t help wonder at his rapport with time at this point in his career. “Time is not endless, but sometimes I feel endless,” he answered.

From the designs he shows to the way in which he shows them, Yamamoto’s singular approach is resonating more than ever. At turns sober and serene, mellow and melancholy, he delivered a line-up that offered respite from a gutting news cycle without disconnecting from reality.

To start, a series of white and black looks that gave the impression of splicing indoors and out—like crinkled, draped, and knotted bed linens with remnants of suiting. A series of minimalist, elongated silhouettes followed: weightless tailoring and raw-edged pants and ankle-length shirtdresses freely traced with bias stitching. Gradually, he introduced structure and volume with characteristic randomness—loose belting placed high and low, bustle formations, cage skirts in twisted copper wire, and leaf-like layers suspended in space.

The collection closed with pieced-together ensembles in white faintly dusted with colour. “I’m not an artist who sends a strong political message,” he offered, as always, leaving his collection open to interpretation. “I just wanted to stand on the side of human beings, even if they are not always good.” 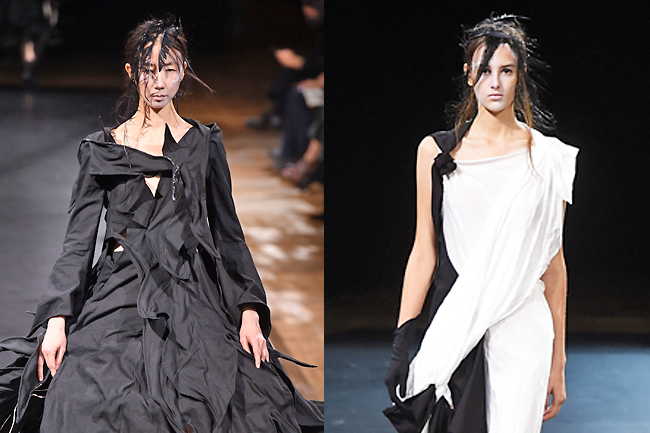 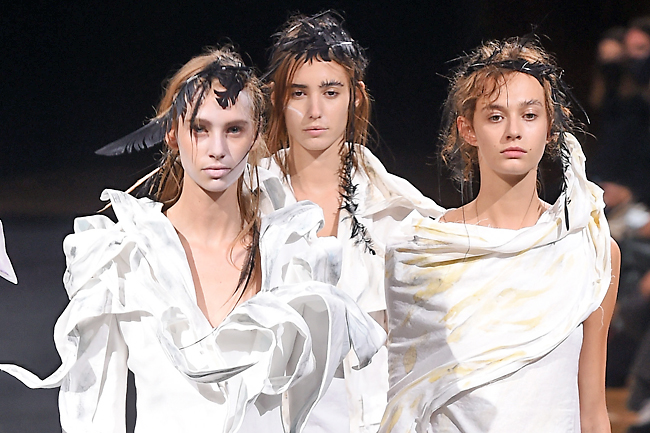 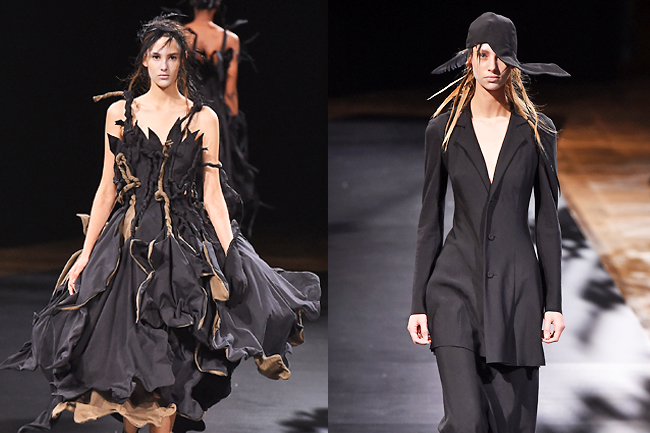 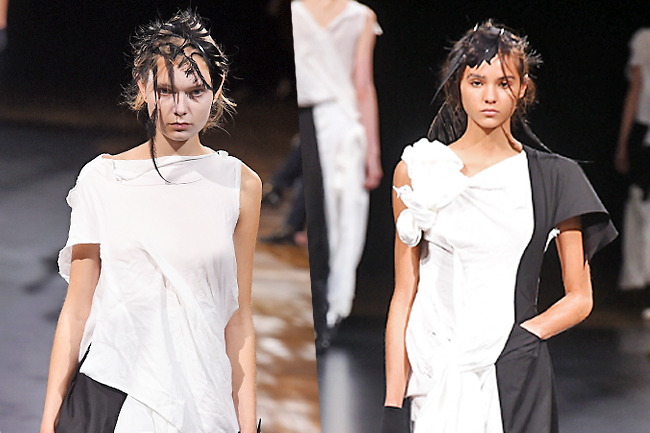 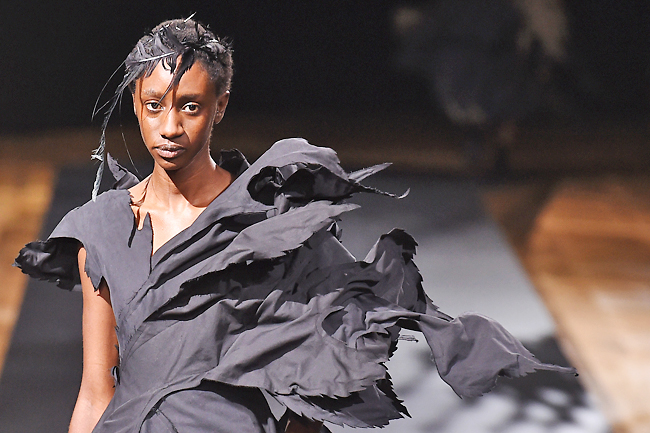