Minister of Primary Resources and Tourism Dato Seri Setia Awang Haji Ali bin Apong yesterday praised the Diplomatic Corps’ initiative to highlight their appreciation of Brunei’s greenery, architecture and culture through the ‘Brunei Darussalam from the Eyes of Foreign Diplomats and their Families’ photography exhibition.

The exhibition organised by the Diplomatic Corps in partnership with the Ministry of Culture, Youth and Sports (MCYS) through its Arts and Culture Division (BKK) and Bank Islam Brunei Darussalam (BIBD) as sponsors, showcasing 109 photographs on various themes, is currently held at the Tourist Information Centre in Pekan Tutong.

Ambassador of the Republic of Turkey to Brunei Darussalam and Acting Dean of the Diplomatic Corps Mehmet Suat Akgun welcomed the minister on arrival.

The idea of setting up the exhibition was initiated in 2018. Since then, several attempts had been made to bring it to fruition, until the realisation that an exhibition of such calibre needed combined efforts from numerous partners.

Throughout history, photography has been an art that not only captures the memories of cultures and people around the world, but also helps to shape memories. 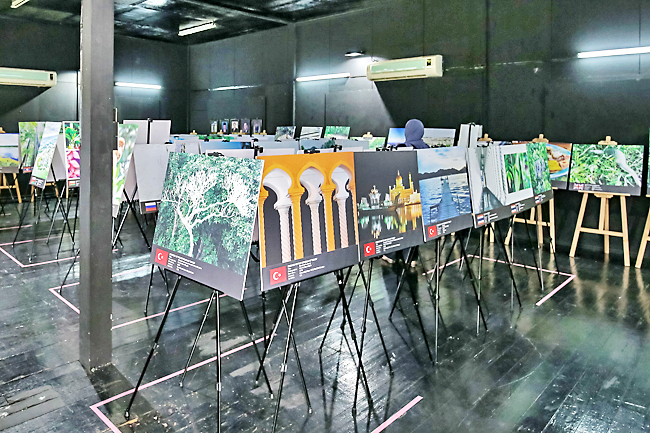 This exhibition is inspired by the saying: “A picture is worth a thousand words”.

The exhibits were selected from over 210 photos contributed by 19 foreign diplomatic missions in the country featuring sceneries and special moments.

The exhibition is also a gesture of the development in bilateral relations between Brunei Darussalam and the diplomatic missions as well as gratitude towards the government and people of Brunei for the extension of hospitality to the envoys.

The photos also enlighten the local community of the places of interest in the country that may have yet been explored.

The exhibition is open to the public until February 2 during office hours, every day except Fridays and Sundays.