A show of love

The event at the Tutong District Civic Centre Complex yesterday was an opportunity for the district’s residents to meet and greet the beloved monarch.

Among them were representatives of the Dusun ethnic group in Mukim Tanjong Maya and Mukim Ukong, who showcased their traditional dances – Ancayau and Tamarok at the ceremony.

The Ancayau was traditionally performed to welcome warriors returning from warfare or their campaign of domination. The dancers wore red, black and white attire to represent gallantry, toughness and strength of the warriors.

The Tamarok is performed during thanksgiving events, particularly after paddy harvests, thus an apt representation of Dusun ethnic tradition and customs. 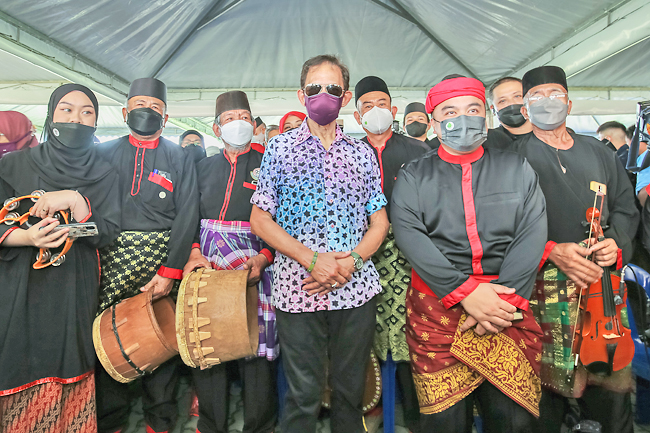 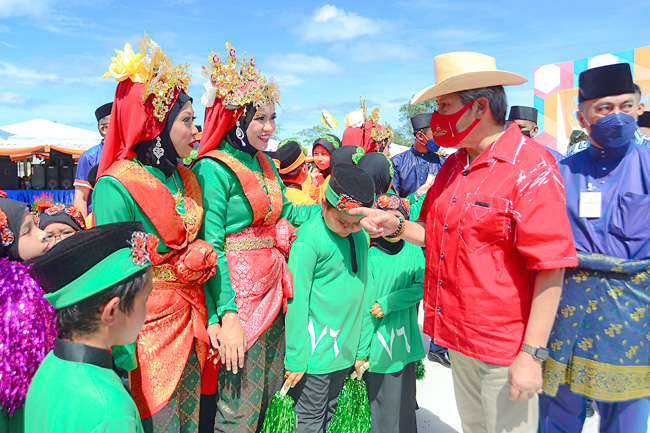 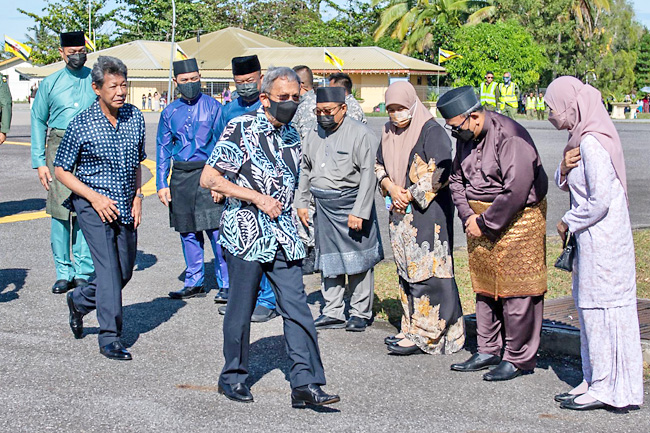 Another performance during the get-together was Gambus Warisan, showcased by 7 Rumpun Keluarga Nayan (7RKN), a group comprising three generations of Keluarga Nayan descendants. Group member and Kampong Lamunin Village Head Major (Rtd) Said bin Haji Tinggal said they participate in the gathering almost every year and they are privileged to see His Majesty appreciate the performance.

Chung Hwa School Kiudang also took the chance to show their appreciation and love for the monarch by presenting a pesambah in the form of Chinese calligraphy.

One of the representatives, Kelvin Pong, said, “His Majesty gracing the events and meeting his subjects – despite the ongoing COVID-19 pandemic – shows the monarch’s love for the Bruneian people.

“We are presenting His Majesty with a pesambah of calligraphy to wish the monarch a happy birthday and wish for longevity.

“We are happy that His Majesty drew the last stroke of the calligraphy and signed it,” he said.

He said the pesambah was a show of gratitude for opportunities provided by His Majesty’s Government.