MINNEAPOLIS (AFP) – George Floyd’s death at the hands of a white police officer last year was a gut punch that sparked sometimes violent nationwide protests over brutality against people of colour in America and a national reckoning over race relations.

Nine months later, the United States (US) has not undertaken any radical overhaul of its police forces, but is instead taking incremental and localised steps to better tackle excess force and racism in the ranks of its law enforcement agencies.

Floyd’s death by asphyxiation as a white police officer knelt on his neck for almost nine minutes last May in Minneapolis sent shock waves around the country.

But what remains of this extraordinary mobilisation, as the trial opens of Derek Chauvin, the former police officer accused of Floyd’s murder?

The main shift has been one of perception: while the Black minority in America had for years denounced police violence, the majority of Americans, in particular white people, had retained a lofty image of police officers.

“It’s culturally accepted in America that police will commit violence. And the assumption is that they’re committing violence, because they’re faced with violence,” said Kate Levine, a professor at the Cardozo School of Law at Yeshiva University in New York. 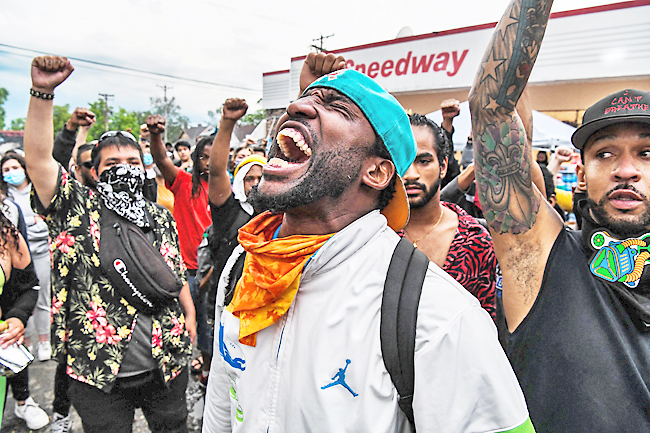 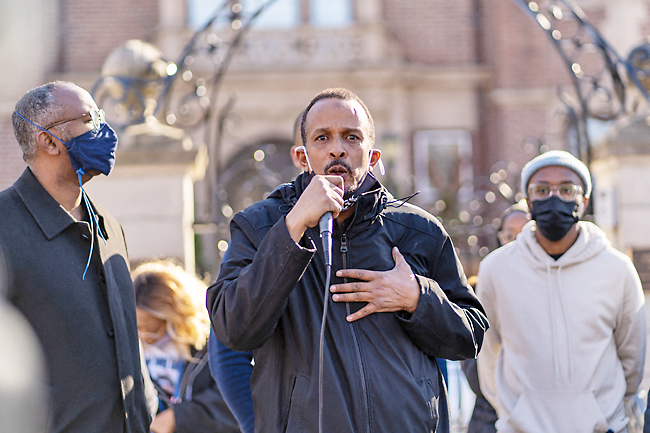 “I think some of that assumption is being upset by video, and protests and narratives about people who are killed by the police who are no way violent,” she said.

With Floyd’s death, “people who historically have not had to think about it, have to think about it. They’re uncomfortable with that”, said Tracie Keese, a Black former police officer who co-founded the Center For Policing Equity.

Since June last year, there have been nationwide calls for radical reforms, including the idea of “defunding the police”. That means redirecting some funds from police departments to social services tasks like dealing with people who have mental health issues.

In order to calm things down, Keese said certain measures had been quickly adopted: some cities banned police choke holds, and others made police disciplinary records accessible to the public or beefed-up police training.

The US House of Representatives adopted a bill tackling the sweeping immunity that police officers enjoy from prosecution.

More broadly, the US embarked on a re-examination of its own history, resulting in numerous statues of historical figures with links to slavery being taken down.

But in the middle of last year’s electoral campaign, the debate inevitably took on a political hue. As crime rates soared in big cities due to the coronavirus pandemic, then-president Donald Trump sought to portray himself as guarantor of law and order and accused Democrats of weakness.

Set against that backdrop, radical reforms were shelved. In Minneapolis, where Floyd was killed, “there was a brief moment of them attempting something and they’ve done nothing”, said Levine.

In New York, billion-dollar cuts to the police budget that were decided upon in June have been significantly reduced and spread over time.

As for federal reform, that was buried by the Senate. And on the ground, the situation has not changed: around 1,000 people were killed by the police in 2020, 28 per cent of them African-Americans, who make up only 12 per cent of the population.

Grand juries and other local decision makers dropped prosecutions of officers blamed for the deaths of unarmed African-Americans such as Breonna Taylor, who was shot dead in her Kentucky apartment, or Daniel Prude, who suffocated in police custody while suffering from a mental health episode in New York state.

Despite everything, “leadership nationally, locally, understands that you serve at the pleasure of your community”, said Keese, “and a large segment of a specific community is saying this is not acceptable to us”.

President Joe Biden, elected with the support of a majority of African-Americans, has promised that the fight against racism will be
one of his priorities. In Congress, the House has again passed a police reform bill, and Democrats are hoping for a compromise with Republican senators.

States are not being left out: Illinois has adopted a broad criminal reform which, among other things, sets new rules for arrest techniques, while Maryland is considering increasing penalties for officers who use excessive force.

That makes it “extremely hard to make radical change through legislation. You can’t do something sweeping”, said Levine. On the other hand, it does allow for local departments to carry out their own experiments.

Berkeley, a progressive city in northern California, has just banned most police from pulling drivers over for traffic violations, in order to limit interactions between the police and the population.

“This country is really at a crossroads,” said Keese. “History has shown that we’ve tried to move forward on a number of occasions, and yet we find ourselves right back here again, not settling the issue of race.”

“But we have another opportunity to do this a different way,” she said.

“It’s going to look very different depending on what part of the country you’re coming from.”