THE WASHINGTON POST – Sometimes a recipe is more than a set of instructions for a certain dish. It’s a gateway to something else – a person or place that existed once, but is now gone. It doesn’t matter if infinite iterations exist, or even if the method has changed over time.

For Robbie Tutlewski, the chef and owner behind Little Donna’s catering in Washington, DC (who is also working on opening a restaurant by the same name), the recipe happens to be one of the first things he learnt to cook: palacinke, a thin style of pancake that belongs in the large canon of such griddled goods as blini and crepes. “Palacinke are the Serbian Croatian version,” Tutlewski said. “This and pierogi were the first things I made with my grandmother.”

Both of his grandparents moved to the United States (US) around World War II – his grandfather from Warsaw, after the war, and his grandmother, Donna, from Zagreb, the capital of what is now Croatia, before. Though Donna Tutlewski was just four and a half feet tall (hence the designation ‘Little Donna’ by Tutlewski’s sister, Jill), she was a force, always making enough food to feed her family in Gary, Indiana, and then some; visitors took home enough for their families, too. Donna let her grandson cook with her from a young age because, Tutlewski said, she considered his small hands perfect for making pierogi, pastries and palacinke. Learning to cook from her was like learning from a chef, he explained.

She never sat down and told him how to make palacinke. It was more a trial by grandmotherly fire. “When I was adding the milk the wrong way, that’s when I got, ‘No, no don’t add it like that, add it like this.’ We worked the process out together.”

Before arriving in the District in 2017, Tutlewski worked with acclaimed chef Chris Bianco in Phoenix for six years. “We needed a pasta on our menu in Phoenix, to bake in a wood oven,” remembered Tutlewski. “Chris is Italian…His mom makes crespelle, so in my head I’m like, ‘Oh yeah, we can do that,’ but I’m going to use my palacinke recipe.” His palacinke use a higher ratio of eggs to flour than the crespelle (the Italian version of the thin pancakes). “The eggs give it more texture,” Tutlewski said. The Serbian Italian mash-up, with a ricotta-based filling and a simple tomato sauce, stayed on the Bianco menu for years, and a similar recipe is even in the Pizzeria Bianco cookbook.

Once in the District, Tutlewski worked at Tail Up Goat before leaving to work on his own concept; he’s at Big Bear Cafe, where he hopes to start a pop-up version of Little Donna’s, along with a wood-fired pizza stand on Sundays during the farmers market season.

He prefers to mix with fingers swirling directly in the batter – which also makes it easy to break up large flour clumps – though you can use a fork if you are gentle. A blender would introduce too much air and make the texture too smooth, too one-note. The milk is added warm so that the eggs start to cook and thicken – just a little bit – without curdling. A small pinch of freshly grated nutmeg means the pancakes can lean savoury or sweet.

Do you have a sourdough starter? If so, add a spoonful (ripe or not) to the batter, too. “It’ll caramelise a bit more without having to add sugar to it,” the chef said. He recommends you let the mixture rest for at least a few hours, but you can make them right away, or, better yet, keep the batter for up to five days in your refrigerator, then let it come to room temperature for an hour.

This recipe feels tailor-made for our reality, when some staple ingredients are hard to come by and you need to stretch everything to somehow make more meals. It uses just two eggs and a quarter cup of any type of flour. “Work with what you have and see how the dough reacts,” he suggested. “This is a recipe that’s very giving.”

As for fillings, any number of leftovers or odds and ends would do, including roasted vegetables, sliced roast beef, mashed beans or saucy shredded chicken. “I like eating them wrapped around ricotta. It’s like a little gift,” said Tutlewski. “Every time I make these, it starts a conversation.”

For something celebratory, mix together chopped kale or spinach, a few eggs, ricotta, some nutmeg, chopped basil, a little Parm, salt and pepper, and use that mixture to fill each pancake. Spoon tomato sauce into the bottom of a baking dish, add the filled palacinke, then top the bundles with more sauce and bake for about 20 minutes at 425 degrees, until the whole dish is bubbling and crisp around the edges. Serve it with a simple salad; you’ll hardly need anything else.

The batter for this pancake features a higher ratio of eggs to flour and milk than similar items, such as blini and crepes, which yields a tighter, shinier and slightly denser result. Try other flours, such as whole-wheat, einkorn, spelt, buckwheat, rye and millet.

Your pan should be hot enough to cook the palacinke quickly, but not so hot that little bubbles appear on their surface as you cook.

Make Ahead: The batter can be made up to five days ahead and refrigerated until needed.

One to two teaspoons clarified butter or neutral oil, for cooking

One to two tablespoons water,

In a small saucepan over medium heat, warm the milk and butter, stirring a few times, just until the butter melts. (Do not let the milk bubble.)

Remove from the heat and set aside for two minutes. (Alternately, you can warm the milk and melt the butter in the microwave in 15-second bursts.)

In a small bowl, using a fork, very lightly stir the eggs just to break them up; do not whip too much air into them.

Gradually, add the warm milk and butter, stirring to combine. The eggs might start to cook a little, but they shouldn’t curdle. (If they do, you can strain the batter later.)

Put the flour in a medium bowl, then slowly pour in the milk-egg mixture, stirring gently with a fork. Stir in the salt, pepper and nutmeg.

The batter should have the consistency of heavy cream. If needed, strain the batter through a fine-mesh sieve to remove any large clumps.

Pour about three tablespoons of the batter into the pan as you tilt the pan in a circular motion, coating the surface evenly and going up the sides about half inch. Your first pancake may turn out lumpy.

Cook the pancake for about one to two minutes; as the pancake cooks, its surface should be shiny, taut and slightly rippled. (If tiny bubbles appear on the surface of your pancake, the pan is a little too hot.)

When the pancake is ready to be flipped, its edges will be lacy and the bottom light brown. Loosen the edges with a spatula, then flip to cook the other side for 30 seconds to one minute.

If you want to fill and bake the palacinke, then cook to a pale golden colour.

If you want to eat them without baking, you can let them go until they’re a patchy bronze.

Transfer to a flat surface to cool. If you’d like a thinner pancake, stir one to two tablespoons water into the batter.

If your pan was too hot, set it on the damp towel for a few seconds to quickly cool it down before proceeding. (Add more butter or oil to the skillet only if the palacinke begin to stick.)

As you turn out finished pancakes, lay them out separately on a flat surface for about five minutes before stacking them on a plate (otherwise they may stick together). 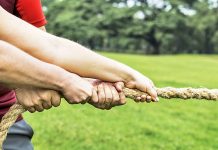 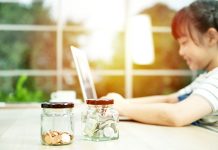 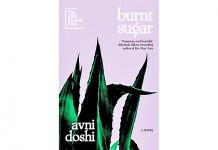