MORSHYN, UKRAINE (AP) – A small spa town in western Ukraine is standing out in a European country where only 29 per cent of the people have received COVID-19 vaccine shots, and locals credit their community spirit for fending off the worst of the pandemic.

In Morshyn, a scenic town nestled at the Carpathian foothills in the Lviv region, 74 per cent of its 3,439 residents had been fully vaccinated as of late November.

While Ukrainian authorities have imposed new restrictions amid a surge of infections and deaths blamed on a slow pace of vaccination and designated the region around Morshyn as a “red zone” where most public places have been shut down, the wellness centers in Morshyn have remained fully open.

Morshyn’s mineral water has made it a European attraction since the 19th Century, when it was part of the Austro-Hungarian Empire. Over 2,800 of its residents are currently employed by 10 different spas, which only accept guests with certificates proving vaccination, recovery from a past COVID-19 illness or a negative test.

“I was making plans to travel somewhere this year and I chose Morshyn when I learned that many people here were vaccinated,” said Valentyna Panchuk, a retiree visiting the town.

A united, broad-based approach seems to be going a long way in protecting the residents of Morshyn. Locals have embraced a host of public health measures that have proven effective against the spread of the disease: they wear masks, observe social distancing and vaccine uptake is high. The town’s low density also helps too – with houses spread out amid parks and squares. 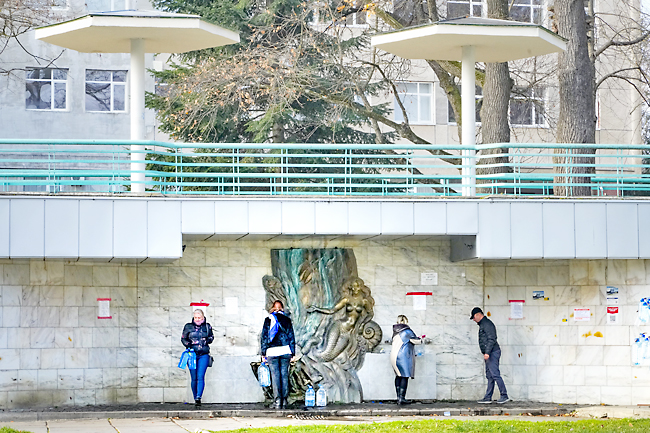 All these factors work toward the goal of keeping the town humming and people working.

“After mass vaccinations in Morshyn, there have been no gravely ill coronavirus patients there anymore,” said Ukrainian Health Minister Viktor Lyashko. “There was a report about just one hospitalisation, and that person wasn’t vaccinated.”

Morshyn, which hasn’t seen any COVID-19 deaths over the past six months, has been touted by Ukrainian officials as a model for the rest of the country.

Four coronavirus vaccines are available in Ukraine – Pfizer-BioNTech, Moderna, AstraZeneca and Sinovac – but only 29 per cent of its 41 million people are fully vaccinated. The Ministry of Health reports that 96 per cent of patients with severe COVID-19 weren’t immunised.

Doctors blame the public hesitancy in Ukraine on a distrust of government and on vaccine falsehoods about shots containing microchips or causing infertility. They say residents in Morshyn do get infected with COVID-19, but those who are vaccinated have mild cases that don’t require hospitalisation.

“Not just immunisation of two-thirds of the population, but long distances allow people to not get infected,” said Chief Doctor of Morshyn’s hospital Dr Gennady Yukshinsky. “Testing is widespread, and if a COVID-19 infection is detected, the (infected) person voluntarily self-isolates, understanding the responsibility to other residents.”

According to Yukshinsky, there were 14 active COVID-19 cases in Morshyn as of late November, all of them mild.

The Ukrainian government has required teachers, doctors, government employees and other workers to be fully vaccinated by December 1. It has also begun to require proof of vaccination or a negative COVID-19 test for travel on planes, trains and long-distance buses.

The decision has sparked protests in the Ukrainian capital, Kyiv, where thousands have rallied to protest the restrictions.

In Morshyn, the mass vaccinations have saved its residents from potentially losing their jobs amid the autumn surge of new infections.

Morshyn Mayor Ruslan Ilnytsky was among the first to get a vaccine. He said during a nationwide lockdown in the spring, the town sustained a heavy economic blow when all of its spas were shut down. He said he realised then that Morshyn would probably not survive another lockdown and spearheaded a vaccination campaign last summer in anticipation of a new surge of infections as cold weather forced people indoors.

“We initiated a pilot project for simultaneous immunisation of the entire adult population,” Ilnytsky told The Associated Press. “Family doctors were calling residents, personally inviting them to get the vaccine and offering assurances of safety. I think it played a big role.”

Yukshinsky, the Morshyn hospital chief, also emphasised the importance of the personalised approach, adding that “it had a big effect, and people got immunised en masse”. 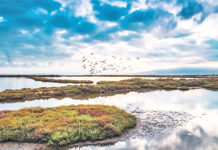 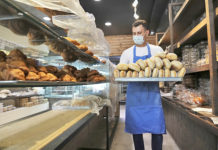 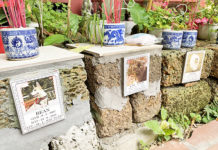