THE WASHINGTON POST – One thing’s for certain: A Quiet Place Part II is less, well, quiet than the first film. That should have been expected from the wicked, Mona Lisa smile on the face of Emily Blunt as her character racked her shotgun after shooting one of the monsters in the face at the close of the otherwise impeccably minimalist, deeply suspenseful 2018 thriller. Aside from that shotgun blast and a few other judiciously placed loud noises, the movie played out in near total, almost entirely dialogue-free silence.

Blunt’s Evelyn Abbott and her daughter, Regan (Millicent Simmonds), had discovered a secret weapon – and a weakness of the film’s aliens, who hunt by sound, with a ridiculously heightened sense of hearing and a squishy auditory organ protected behind the plates of an armoured, helmetlike exo-skull. (It’s capable of opening up like petals when overstimulated.)

The secret involved the headpiece for Regan’s cochlear implant, a prop that makes a critical reappearance in Part II, alongside Regan’s pluck and derring-do, which are in full flower and force in this taut and satisfying follow-up. Simmonds is the standout of the new film, a teenage heroine who lives up to – and exceeds – the expectations the actress fostered in the first film.

Like A Quiet Place, Part II is a lean, nearly flab- and gristle-free piece of sci-fi steak.

After a short, prequel-like prologue that neatly recaps the situation for newcomers – jumping back to day one of the alien invasion, a backstory notably omitted from the earlier movie – the story sets to sizzling. Of particular note is the way the chaotic opening sequence shifts sonic perspective from a hearing character to a deaf one. The contrast between hush and hullabaloo is symphonic.

Jumping forward to the day after the action of A Quiet Place, the main story shows us the Abbotts – Evelyn, Regan, Regan’s younger brother Marcus (a wonderfully expressive Noah Jupe) and Evelyn’s brand-new baby – as the family moves on from a farmstead that is in flames and half flooded.

When they reach the end of the sand path that has been laid down to dampen their footfalls, they enter a world of peril and paranoia: one that is booby-trapped not just against the aliens, but seemingly against the Abbotts’ fellow men.

Except for the flashback that opens the film, actor John Krasinki, who played Lee, the Abbott family patriarch, isn’t back in front of the camera. But he does return to the director’s chair, brilliantly choreographing multiple story lines in a screenplay he gets sole credit for this time. Quickly, the Abbotts take shelter with Emmett, a misanthropic survivor (Cillian Murphy) who lives in an abandoned steel mill. It’s outfitted with a soundproof and airtight furnace that, nestled inside three feet of concrete, offers short-term protection from the monsters (as long as you can remember not to stay inside so long that you suffocate).

At one point, Krasinski intercuts between three separate, tripwire-tight subplots involving the film’s protagonists: Regan, who’s run away to save the world, and Emmett, who Evelyn persuades to go after her; Evelyn, who has gone off to scavenge medical supplies for Marcus after his leg is injured in a bear trap (yes, bear trap); and Marcus, who remains behind looking after the baby, inside that furnace.

If it all sounds nerve-racking, it is. But Krasinski juggles these balls of suspense without dropping a one. “Stay here, I’ll be right back” could be the mantra of this movie. Watching it in a room with other, socially distanced people feels like a communal holding of the breath (and not just because you’re probably still wearing a mask).

It’s pretty darn great to be able to have an experience like that – and the ultimate, communal sigh of relief that follows – in a theatre, just when folks are deciding whether it’s even worth it to return to in-person screenings. A Quiet Place Part II might just restore your faith, not only in sequels, or in movies, but in humanity. 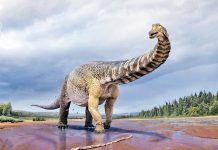 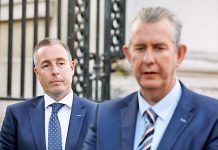 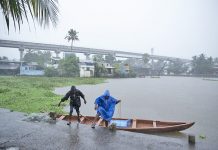 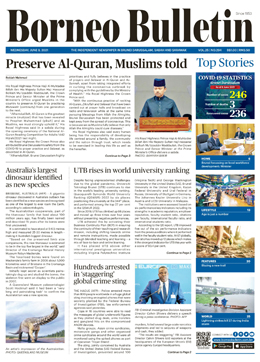