A peek into origin of life

TOKYO (AFP) – Asteroid dust collected by a Japanese space probe contains organic material that shows some of the building blocks of life on Earth may have been formed in space, scientists said recently.

Pristine material from the asteroid Ryugu was brought back to Earth in 2020 after a six-year mission to the celestial body around 300 million kilometres away. But scientists are only just beginning to discover its secrets in the first studies on small portions of the 5.4 grammes of dust and dark, tiny rocks.

In one paper published recently, a group of researchers led by Okayama University in western Japan said they had discovered “amino acids and other organic matter that could give clues to the origin of life on Earth”.

“The discovery of protein-forming amino acids is important, because Ryugu has not been exposed to the Earth’s biosphere, like meteorites, and as such their detection proves that at least some of the building blocks of life on Earth could have been formed in space environments,” the study said.

The team said they found 23 different types of amino acid while examining the sample collected by Japan’s Hayabusa-2 probe in 2019. 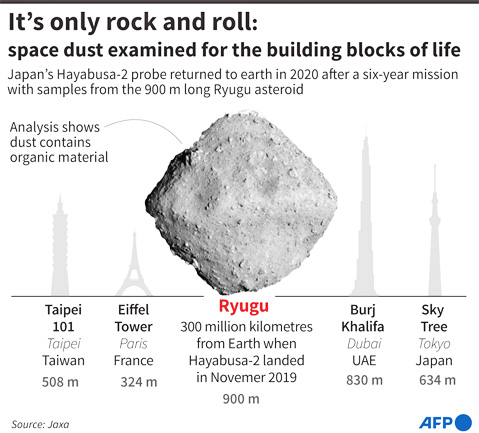 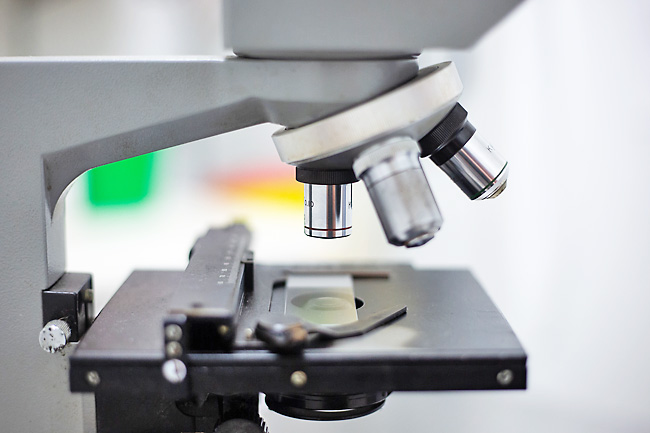 The dust and rocks were stirred up when the fridge-sized spacecraft fired an “impactor” into the asteroid.

“The Ryugu sample has the most primitive characteristics of any natural sample available to mankind, including meteorites,” the Japan Aerospace Exploration Agency (JAXA) said in a statement.

It is believed that part of the material was created about five million years after the birth of the solar system and has not been heated above 100 degrees Celsius.

Another study published in the United States-based journal Science said the material has “a chemical composition that more closely resembles the Sun’s photosphere than other natural samples”.

Another mainstream theory about the origin of amino acids is that they were created in Earth’s primitive atmosphere through lightning strikes, after Earth cooled down.