A new wave of ‘splat-tastic’ action

The saying the more things change, the more they stay the same can be applied to many subjects, one of which happens to fit the description of Splatoon 3.

Released on September 9, as the numbering suggests, Splatoon 3 represents the third game in its series, and as such, has a large space to fill with its predecessor’s overwhelming success of Splatoon 2, with the foundations laid by the first game of the series back in the days of the Wii U.

The Splatoon series is Nintendo’s take on the third-person shooter genre, with the highlight of the game being focussed not on eliminating, or what the game calls ‘splatting’ the opponent, but rather to cover an arena with as much of the player’s ink against the opponent.

This creates a dynamic gameplay remaining fresh in comparison to other games of its genre, where even during a rough start players are pushed back resulting in a 180-degree switch as clever manoeuvring with the inking of a territory in a match can quickly turn the tide of the battle.

This is further supplemented with the ‘splatfest’, which players got to experience first-hand a few months ago in the Splatfest World Premiere for the game which also serves to stress test the servers for the game. 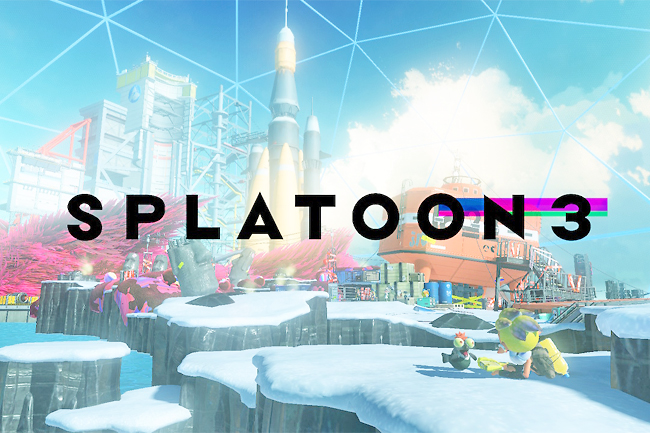 These splatfests are grand festivals and parades that happen often, as seen in previous entries in the series.

The entire in-game world is transformed to reflect that and with the main hub decorated accordingly.

The most drastic addition during the three-day-long splatfest is the three-way battles.

While normally there would be two teams fighting in an arena, Splatoon 3’s three-way introduces a new asymmetrical battle in the form of the Tricolor Turf War. Here teams of 4v2v2 duke it out on the field, with the team with four players being placed in the centre and having to contend with two other teams pushing from either side of the arena; creating a thrilling tension where only one team can cover the map with their coloured ink the most.

While on its own, inking and splatting the arena and opponents might be fun for a couple of matches, the wide variety of customisation that players can engage in makes each match play out uniquely.

This includes the many selections of weapons better suited in the latest release, as they help streamline the various and confusing combinations of weapons, sub-weapons and specials.

Whereas the previous game has multiple permutations based on a single weapon that aims to give players the maximum amount of choice, Splatoon 3’s approach to weapons means that while choices are limited, it in turn gives a tighter gameplay experience with each weapon having its strong as well as weak points that players can make full use of in matches.

While this might change over time, the selection of weapons still plays an important role in how players perform in a match. From the weapons that favour long-range engagements to ones that have a high risk but high reward aspects and can one-shot opponents at very close ranges, each weapon type paired with their sub-weapons and special can drastically alter the play style in a match.

Another customisable aspect of Splatoon 3 lies with the clothing that players can equip to their character, which can be an Inkling or an Octoling, the latter of which was also introduced in the second instalment as a playable character.

Clothing not only plays a cosmetic role in looking different from other players in the game, but also provides tangible benefits ranging from having faster movement speed to consuming less ink when expending them, all of which can be customised to suit the player’s need.

All this frantic action of inking and splatting the arena and opponent is condensed into a tight three-minute match, making Splatoon 3 an easy pick-up and play game and creating an addictive ‘one more game’ loop.

While not a major focus of the game, Splatoon 3 has a single-player mode similar to its predecessor in terms of gameplay, where players traverse an area map seeking out missions to finally face off with the area’s main boss.

Players can forge their path forward in selecting which missions to undertake, and not all missions are vital to proceed towards the main boss of the area as the in-game currency in the form of Power Eggs is liberally rewarded to players as they complete missions.

That does not mean the single-player portions are without their challenges though, as some of the harder and uniquely themed missions have harsh penalties to force players to think outside of the box with Power Eggs at stake as each failure will require a fee to be paid, which can lead to frustrating moments where players can quickly see their resources dwindle with each subsequent retry.

Fortunately, each mission as well as the ensuing boss battles offer a variety of challenges and are thrilling enough to keep players engaged to the end.

The end of the story mode is merely a stepping stone to the multiplayer aspect of the game that plays a major factor in the longevity of the game, as previous titles have shown.