A musical solution to nightmares

AFP – If your dreams are like something out of a Stephen King novel, this scientific discovery will be of particular interest to you.

In a study published in the journal Current Biology, researchers from the University of Geneva’s Faculty of Medicine share that they have developed a technique to reduce the occurrence of nightmares that doesn’t use drugs.

The approach employs a simple piano chord, which can be played to sufferers during their sleep.

This is good news, as 70 per cent of adults have nightmares, according to Best Health.

To carry out their research, the researchers asked 36 volunteers suffering from nightmare disorder, who were divided into two groups, to keep a dream journal for two weeks.

The first group had to rewrite their dreams in a positive way and then associate a sound associated with a positive experience – in this case, the chord C69 (mixing the notes C, D, E, G and A) to be played on the piano.

The second group had to keep a written record of their dreams, but without associating positive sounds. 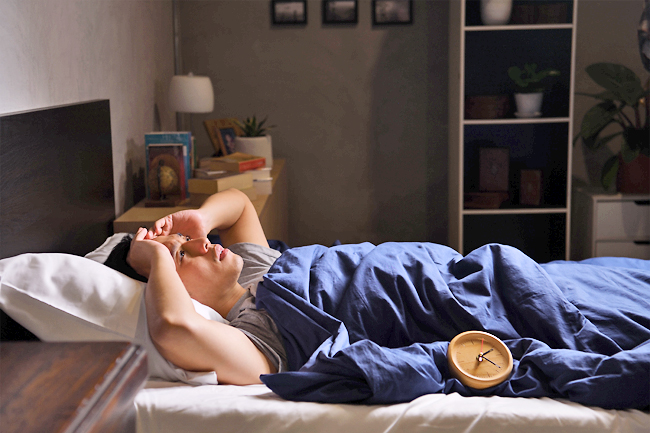 In addition, the researchers equipped the participants with headphones at the time of falling asleep. They played the C69 chord every 10 seconds during REM (rapid eye movement) sleep, the phase of sleep during which bad dreams are likely to occur.

Afterwards, the specialists evaluated the quality of sleep for two weeks without any treatment, and then three months later.

The results: “After two weeks of practice, it has been shown that the frequency of nightmares decreases,’’ said Lampros Perogamvros, a privat-docent in the Department of Basic Neurosciences at the university’s Faculty of Medicine and a senior clinical fellow at the Geneva University Hospital’s Centre for Sleep Medicine, in a press release.

Meanwhile, Department of Basic Neuroscience master’s student Alice Clerget, who took part in the work added: “Moreover, this association resulted in an increase in positive dreams.” Both groups noted a significant decrease in nightmares.

The first group went from an average of almost three nightmares per week (2.94) to less than one bad dream every seven days (0.19).The results for the control group were also encouraging, going from an average of 2.58 bad dreams per week to just over one nightmare per week. Three months later, the researchers did another assessment, which showed the participants in the experimental group continued to show benefits, compared to the control group.

“For us researchers and clinicians, these findings are very promising both for the study of emotional processing during sleep and for the development of new therapies,” concluded the researchers.