Twice daily, he went out to sea, staying underwater for as long as his oxygen supply allowed. He learnt the shapes and textures of corals long before he knew their Latin names.

He studied the conditions in which they thrived – the water temperature, the sun exposure, the diversity of marine life – and saw how the disruption of just one of those factors could bring about mass death.

He dedicated himself to reviving the reefs, but for a long time, no one cared to join him.

Locals whispered about the eccentric diving instructor who spent his off days in the water, who spoke to corals like they were people.

“Everyone thought I was stupid,” said Anuar Abdullah, 61. “But I knew I was doing the most important thing in the world.” 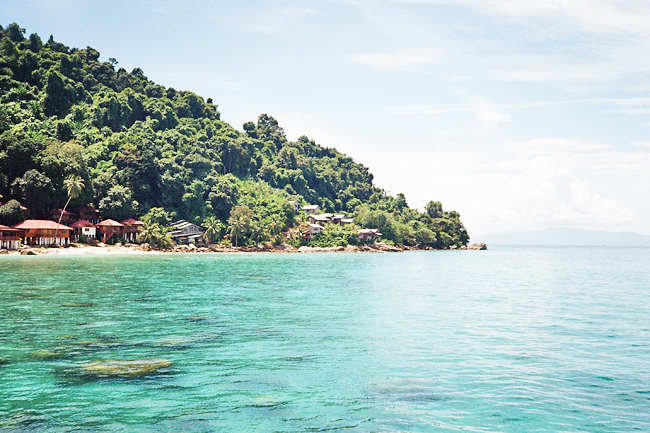 Abdullah has spent his entire adult life restoring coral reefs, until recently working in obscurity – and at times, in poverty.

In a world rapidly losing its reefs to climate change and to environmental damage, he is now emerging as an increasingly influential expert on how to revive them.

Governments and resorts have come calling, asking whether he can help with reefs lost to natural disasters and overtourism.

Banks and corporations have reached out, asking to sponsor his projects across Southeast Asia.

Abdullah doesn’t have a doctorate in marine biology or a research lab, and he scorns science that he deems “useless to humanity”.

He is unyielding when it comes to the methods he has honed over his lifetime. And he identifies, first and foremost, as a gardener.

His résumé may be unconventional, observers said, but he possesses a type of practical expertise that is growing in currency as people seek out concrete and accessible ways of acting against climate change.

In the past decade, thousands have travelled from around the world to learn from Abdullah how to grow corals, some eventually leaving their jobs to join his projects full time.

With his roughly 700 active volunteers, he said, he has already revived about 125 acres of coral reefs.

In 2017, Thailand’s government asked Abdullah to initiate the rehabilitation of one of its most famous tourist attractions, Maya Bay, which had lost half its coral population after years of unbridled tourism.

Visitors were kept out of the site for three years while Abdullah led a team of 120 people, including staff from Thailand’s Department of National Parks, in planting new corals.

In 2021, after Typhoon Rai wrecked the island of Cebu in the Philippines, a group of resorts asked Abdullah whether he could save what was left of the shoreline’s coral reefs. And earlier this year, Abdullah launched a new effort with officials and companies in Egypt to build the world’s largest subtropical coral nursery in the Red Sea. There was a presentation on the nursery at the United Nations climate change summit, COP27 this month but Abdullah did not attend.

He hates conferences, he said. And he had work to do.

On a recent afternoon, Abdullah zipped up his dive suit and waded into the warm, shallow waters off Perhentian Kecil, the smaller of two islands near the coastal state of Terengganu in Malaysia.

The island lies squarely inside the coral triangle, a part of the Pacific Ocean that contains 75 per cent of the coral species in the world. Locals say the corals in this particular bay were once so abundant that it was impossible to walk on the seafloor.

But they’re dead now, washed up on the beach in piles of white carcasses.

Almost all the materials that Abdullah uses for restoration come directly from the ocean. To build his nurseries, he doesn’t use steel pipes or concrete blocks – which he can’t afford – and instead gathers rocks from the seafloor, stacking them so they aren’t toppled by the currents.

While other coral restoration groups might rely on a lab to “fragment” live coral that is in turn used for growing, he searches for broken pieces of coral in existing reefs and affixes them to the rocks using water-resistant, animal-friendly glue.

When he needs other materials, he starts by scavenging the beach for waste. He has made rafts from driftwood and salvaged old buoys and abandoned fishing rope.

At Perhentian, he is working to develop a nursery that would help repopulate the bay within four years.

Bending over to pick up a rock where he had affixed a coral fragment several weeks earlier, he murmured, “My little acropora.”

Abdullah squinted, his eyes grey and his face lined and leathery from years in the sun. He looked for signs that the fragments were welding to the rock and starting to grow.

“My little stylophora,” he continued, tilting the rock toward the sun to examine another fragment. “How are you doing today?”

Born in Terengganu, Abdullah was sent to live in a foster home after both his parents died when he was six. Curfews were strictly enforced at the foster home, but he stole trips to the seaside when he could. The ocean, he remembered, felt like freedom.

In the 1980s, Abdullah settled in Perhentian as a diving instructor and became obsessed with corals.

He spent two decades experimenting with how to grow them in the ocean, along the way alienating most of his friends, getting divorced from his wife and nearly bankrupting himself, he recalled.

In 2006, he found success with his low-tech, affordable approach and, exhilarated, shared it with a local university. The professors, he said, made fun of his grammar.

As a field, coral restoration has been siloed, split between scientists and researchers on one end and practitioners and coral “tinkerers” on the other.

For a long time, many scientists had an “ivory tower syndrome” that prioritised theory over application, said University of Technology Marine Biology Professor David Suggett in Sydney. “The questions we were asking, from a science perspective, were not always quite right – or useful,” Suggett added. “But that’s changing.”

Faced with catastrophes like the mass bleaching of the Great Barrier Reef in Australia, scientists are seeking out the expertise of practitioners – diving instructors, tour operators, local fishermen – who know the reefs in their areas better than anyone else. To amass the “people power” needed to revive reefs with scale, Suggett said, there’s also now an appetite for low-tech solutions.

“It’s accessible science,” said Heidy Martinez, 29, a biology researcher who volunteered on the Maya Bay project. Watching coral fragments grow into small bulbs is a “magical” feeling, she added. “And it gets people hooked.”

But even as Abdullah rises in prominence, he knows the field of coral restoration is changing around him. There are for-profit companies with millions of dollars in funding that are using new technology to operate “coral factories.”

There is a push among research institutes to establish accreditation standards that would regulate how restoration is done worldwide and subject operations like Abdullah’s to assessments. Debate is intense over whether any of it is worthwhile, given that new reefs might still be killed off by global warming.

These are vexing questions that, to Abdullah, only take time away from what he wants to do, which is to plant as many corals as he can – and get others to join him.

His “army of gardeners” includes people like Sharifah Noor Ridzwan, 39, a dive shop owner on Perhentian who took his coral propagation course while seven months pregnant.

And Sebestian Jungo, 40, who recently quit his job as a civil servant in Switzerland and moved to Perhentian to help build up the coral nursery. “For so long, I was part of the problem,” said Jungo, shirtless and barefoot on the island, “Finally, now, I can be part of the solution.”

The monsoon season on Perhentian starts in November, bringing torrential rains and high, lashing winds. Except for some residents of a fishing village, most people leave the island for at least a few months.

He has rented a small wooden chalet not far from shore. And twice a day, he will trek down through the forest to visit his young corals. He will see to it, he said, that they make it through the monsoon.