THE WASHINGTON POST – If you’ve seen The Third Man, the classic 1949 Orson Welles-Joseph Cotten film, you’ll remember its iconic theme song. And, if you’ve heard that weird zither music, there’s no way you’re going to avoid hearing again – this time, playing in your head – as you read A Lonely Man, a brooding literary thriller by Chris Power about human betrayal in all its infinite variety.

Power, a literary critic in London, surely must have been thinking of Graham Greene’s The Third Man when he wrote this elegant suspense novel. Like the film, A Lonely Man features a struggling writer drawn into playing detective in a foreign city whose grey apartment blocks and shadowy parks bear silent witness to greed, despair and murder.

The story opens one evening in a Berlin book store. Two men – both British, both writers – are browsing and reach for the same book. Robert is married and the father of two young girls. Some years ago, he published a respectfully reviewed short story collection and, ever since, he’s been trying to write his first novel – accent on the word “trying” because Robert’s imagination has run dry. Early in the novel, Robert retreats to his family’s remote vacation house in Sweden and has a conversation with a neighbour named Lars who asks about his writing:

‘Most days it’s like driving nails into your eyes.’

Lars laughed. ‘And the good days?’ 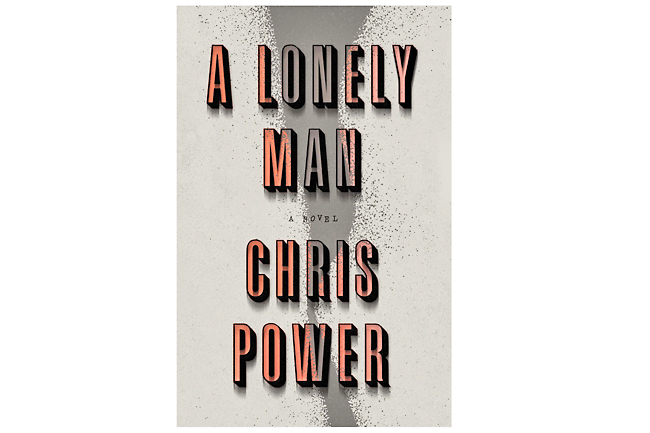 Robert and his wife bought that vacation house when their finances were in better shape. To economise – and to allow Robert the free time to write – they’ve moved their family to Berlin. That’s where Robert encounters the other man, whose name is Patrick, at the bookstore.

Since they’re both lonely men in a foreign city, they meet up a few nights later.

Patrick is nervous and, during the course of their conversation, Robert begins to understand why.

Patrick is a ghostwriter, and his last client was a Russian oligarch named Sergei Vanyashin who was living in London. Vanyashin hired Patrick to write his memoir, which was to be filled with information damaging to Vladimir Putin. That writing project came to a halt the morning Vanyashin went out for a run and was subsequently discovered hanging from an oak tree with his own belt around his neck. The death was ruled a suicide, but Patrick insists it was murder. Patrick whispers to Robert that he is being followed in Berlin, probably by the same pro-Putin thugs who murdered his former employer.

That’s the paranoid premise of A Lonely Man, which, like the best noir fiction, manages to be both suspenseful and cosmically destabilising. Nothing and no one are what they first appear to be.

Initially, we readers, like Robert, are skeptical of jittery, drunken Patrick and his claims of being targeted by Russian assassins; but, it turns out that that Robert isn’t exactly trustworthy either. Robert’s fatal flaw is his writerly desperation. (Recall that extravagantly self-pitying conversation about writing with Lars.) Depressed at the end of yet another day spent trying to write his novel, Robert begins obsessing over the strange story his new acquaintance, Patrick, has told him: “Robert thought about the way Patrick had acted when he first met him in the bookshop, and his nervousness as he scanned the restaurant courtyard the night before.

He could do something with that hunted sort of quality . . . . [Robert] stretched, fist clenched and arms held straight up, as if in triumph. ‘You’re mine, you paranoid fool,’ he said, and laughed.”

Feeling entitled to a story that would otherwise go to waste, Robert begins manipulating Patrick into meeting for coffee and conversation. He charms Patrick into sharing his memories of interviews with the doomed Vanyashin, who lived like an emperor. It’s all going so well, until Robert is grimly reminded that in laying claim to Patrick’s material he, too, has turned into a writer-who-knows-too-much.

A Lonely Man is a superb suspense novel, imbued with moral and narrative complexity and an omnipresent low cloud cover of dread.

Like Holly Martins, the novelist character played by Joseph Cotten in The Third Man, Robert thinks that his literary skills make him smarter than everyone else: his trusting breadwinner wife, Patrick (whom he regards as a mere hack writer), and, certainly, the mysterious figures who may or may not be Russian enforcers. To Robert’s dismay, he finds out that sometimes the sword is mightier than the pen.