He was right, though early.

On January 1, 2021, the copyright on The Great Gatsby expired, and anybody can repeat it. The Fitzgerald literary estate and Scribner’s, which has sold tens of millions of copies of Gatsby, no longer control this essential text of our cultural past. It’s like a literary version of Pfizer losing its patent to Lipitor: Generic versions will flood the market. Side effects may include cliches and overfamiliarity. If you experience continued irritation, consult your English teacher.

Finally set loose in the public domain, Gatsby is now the common property of creative artistes and unscrupulous entrepreneurs who will run faster, stretch out their arms farther. We’ll see new illustrated editions, scholarly editions, cheap knockoff editions (beware) and editions with introductions by John Grisham and others. Fitzgerald’s lines could make their way into more songs, plays and operas. I suspect Nick will finally come out of the closet, and those East Egg lushes will reappear in the 1420s, the 1720s and space. We might endure radical movie adaptations that will make us nostalgic even for Baz Luhrmann’s authorised desecration in 2013.

Among the authors who waited for Fitzgerald’s copyright to expire is Michael Farris Smith. Several years ago, he conceived the bold and arduous project of writing a prequel to The Great Gatsby. Now unencumbered by legal restrictions, he’s published Nick, a story about the years leading up to Nick Carraway’s move to Long Island, where he falls under the spell of that charming gangster. 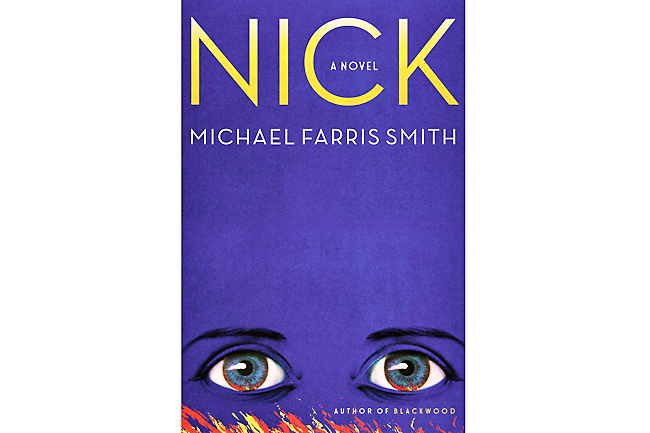 There are abiding challenges with any attempt to augment – or compete with – a revered text. The anxiety of influence can trigger hysterical pastiche or castrate an author’s creativity. But the best examples are neither parody nor fan fiction. Consider, for instance, Wide Sargasso Sea, Jean Rhys’ feminist interrogation of Jane Eyre, or Rosencrantz and Guildenstern Are Dead, Tom Stoppard’s existential response to Hamlet. Both offer something ignited but not delimited by their source.

Smith, the author of several Southern Gothic novels, is a talented writer who approaches Fitzgerald’s work with reverence and close attention to detail. Anyone who knows The Great Gatsby will hear echoes of that book’s luxurious melancholy, as when Smith writes, “Nick sat with his memories in a way that others sat with photographs of wives or children, holding the worn edges and staring at the faces as if staring into an unanswerable question.”

Smith’s novel opens in France during World War I. Against his father’s advice, Nick enlisted to get away from the dull, prescribed routines of the Midwest. That plan succeeded too well: He now finds himself enduring the horrors of trench warfare, which Smith describes in a style that gracefully reflects the rhythms of Fitzgerald’s prose. “The rifles fired and once they were emptied the bayonets and once they were broken off in the rib cages out came the knives and the hands and knees and fists and whatever else could be used to kill,” he wrote. “The constant explosions around them and they began to separate, the living and the dead and those somewhere in between. Men and pieces of men.”

The carnage Nick witnesses and inflicts would be enough to shatter most men, but his trauma is exacerbated by a calamity off the battlefield. While on leave in Paris, he falls in love and dares to imagine a happy future with a woman who is “blunt and beautiful and scratching and clawing and free and bound”, which sounds like he’s dating a leopard. But when that dream collapses in an intensely tragic way, the valley of ashes across Europe reflects his personal desolation.

Creating a worthy homage to Fitzgerald’s finest novel is a remarkable accomplishment, and Smith’s explanation of Nick’s detached personality makes perfect sense. It feels, though, more like confirmation than expansion of the original story. If Smith does no violence to The Great Gatsby, he also breaks open little space for himself. To its own detriment, Nick remains as polite and well-behaved as Nick Carraway himself. We want a disruptive revelation; instead, we get a plausible alibi.

In the second half of the novel, Nick returns to the United States “sunkeyed and deranged” and decides on a whim to go to New Orleans instead of home. With Prohibition on the horizon, the Big Easy is a panicked celebration of decadence. Wracked by survivor’s guilt and haunted by visions of war, Nick sits in a restaurant. “His sole accomplishment,” he thinks, “had been to survive and even that seemed like an accident”.

He may have remained in that near catatonic state indefinitely, but one night he happens upon Judah, a fellow vet, hobbling home. Although badly scarred by poison gas on the battlefield, Judah has returned from Europe and attained a degree of power and wealth on the illicit streets of New Orleans. With a mixture of pathos and authority, Judah calls upon Nick’s sympathy, and he becomes privy to the wounded man’s secret griefs. Before long, Nick begins serving as an intermediary in Judah’s destructive relationship with a woman he once loved and lost.

What develops offers a macabre counterpoint to The Great Gatsby. The mansions of Long Island have been replaced by the saloons of New Orleans, and the gangster subtext is now blaring like a jazz trombone. Nick, as we’ve seen before, is caught between careless people who smash up things and creatures. And Smith starts to sound like the winner of an F Scott Fitzgerald Contest: “Something vast and infinite opened inside of him,” he wrote, “and he drifted in that unbounded expanse like a mote of dust carried from thousands of miles and for thousands of years on the ceaseless wind that wraps the earth again and again”.

There’s plenty of grim drama here – arson! kidnapping! murder! – but for too much of this second half of the novel, the story about Judah and the woman he’s violently obsessed with takes over the joint. Fitzgerald may have sometimes pushed Nick to the sidelines of his glamorous romance, but in the pages of The Great Gatsby, Nick always remains the thoughtful narrator, the watcher simultaneously enchanted and repelled. Indeed, that’s what makes the otherwise meretricious story of Gatsby and Daisy so compelling. Withdraw Nick’s perspective and the lurid plot sticks out of the water like a shipwreck at low tide. By denying Nick that crucial role and pushing him aside, Smith asks that we become invested in a set of noir caricatures and their lurid spat simply for its own sake.

We know that Nick will finally extract himself from this bizarre relationship in New Orleans, but we also know he will soon find himself in another one in New York but with better clothes and more beautiful prose. In the final pages, when Smith shows Nick outside his little house catching a glimpse of a man next door who seems to “hold some magical stature”, it’s as though Nick has learned nothing.

So we beat on, as someone once said.