THE WASHINGTON POST – In the kingdom of Mangkon, where being part of a noble family is the key to success, 12-year-old Sodsai Mudawan feels she must tell a few lies to get where she wants to go.

As the narrator of The Last Mapmaker, Sai lets readers know right away that she is not from a wealthy family and that she pretends to be to keep her job assisting Master Paiyoon, the kingdom’s most trusted mapmaker. She also explains how she tries to steer clear of her father, who involves her (and her forgery skills) in his criminal schemes whenever possible. Sai, whose mother died years ago, doesn’t want her father to reveal her true identity and low status.

Master Paiyoon is often grumpy, but he has come to appreciate Sai’s drawing talents and hard work. When an opportunity to escape her father’s orbit presents itself, Sai agrees to help Master Paiyoon on a great voyage of exploration. The leader of the kingdom wants the country’s fleet of ships to chart the southern seas after years of war and perhaps claim a distant, rather mysterious land for Mangkon. Sai is impressed by the ship’s captain and crew and excited by the promise of adventure. But mainly she wants to start a new life in a place far away from her father.

At the centre of the fascinating world she has created, author Christina Soontornvat presents a heroine who tells the truth to readers but hides it from almost everyone else.

Once aboard the Prosperity, Sai has to figure out whom to trust, whom she has to work against, and the truth of what’s beyond the city where she has lived her whole life. As the cast of characters grows, including a boy who might give away Sai’s secrets and a young stowaway she agrees to help, readers can compare their judgement with Sai’s without facing any of the dangers she faces on the book’s stormy voyage. 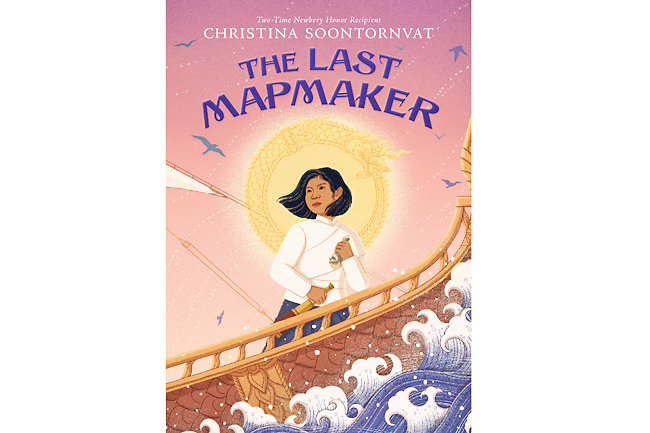 Even as it delves into questions about exploration, power and responsibility, The Last Mapmaker offers a twisty, entertaining tale of discovery.

In Soontornvat’s previous novel, A Wish in the Dark, a 13-year-old girl searches for a boy who has escaped from the prison in which he was born.

Twelve-year-old Minni, whose family lives in the slums of Mumbai, gets a close-up but dangerous view of her city’s water crisis in Thirst, a new novel by Varsha Bajaj.

KidsPost reader Mary Campbell of Centreville, Virginia, recommends Carrie Firestone’s Dress Coded. It’s a story about a middle school where “teachers prowl the halls scouting for girls in violation of the dress code – a place where girls are treated inequitably,” Mary wrote. “Molly Frost can’t stand it anymore, but as she begins to speak out she realises it might not be as easy as she thought.”

“It’s a powerful and intense book that serves the purpose of raising awareness about the racial injustices and inequalities faced by people of colour in our world, specifically in small Louisiana town,” Bruno wrote. “Buford’s novel makes one want to advocate and demand change, and highlights the importance of speaking up for important causes.”

Readers Roisin McAnoy, Lilly Carter, Quinn Mendoza, Tofino Martin, Adeline Gershman, Liam Griffin, Hallie Isler and Estella Weiner of California, Hadley Thompson of New York City, and Harlyn Scott of Ellicott City, Maryland, campaigned for AfterMath by Emily Barth Isler. In the book, a middle-schooler moves to a small town several years after kids her age were killed in a school shooting. “I hear about all of the school shootings, and it is very scary.

This book talks about what happens after,” Tofino wrote. “If everyone read this book maybe they won’t feel so lonely. Or want to use guns.”