A friend in need is a friend indeed

Members of the Diplomatic Corps lauded their respective countries’ close ties and cooperation with Brunei Darussalam.

In an interview with the Bulletin, High Commissioner of Bangladesh to Brunei Darussalam Nahida Rahman Shumona highlighted that the relationship between Bangladesh and the Sultanate goes way back and relations between the countries are always friendly and supportive.

She also expressed hope that there will be more cooperation in the coming years in various sectors such as agricultural and education sectors, as well as the blue economy sector.

“We have identified a number of areas of cooperation where we can have joint production, like seafood, livestock, high yielding rice and other crops. Brunei is interested in our Black Bengal goats, a very resilient breed that can withstand adverse weather conditions.

“We are hoping to bring in skilled agricultural personnel to Brunei to train the locals on how to farm smartly, because Bangladesh is into smart farming and we have done a lot in this sector,” she said. 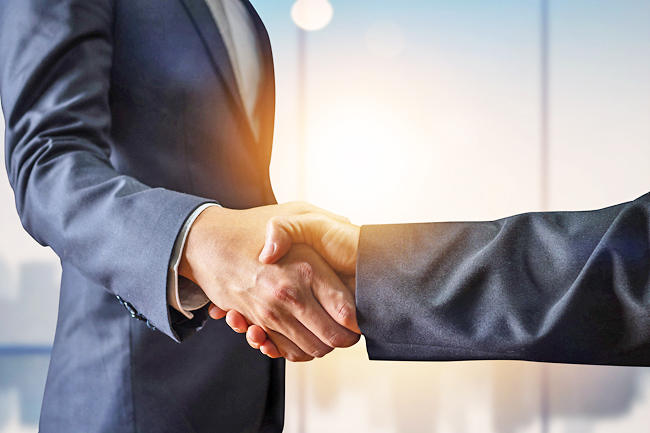 Bangladesh is also keen to take up Brunei youth for training and studies in agriculture, fisheries and livestock, the high commissioner added.

“We have already had meetings with MPRT and the Ministry of Education (MoE), so interested Bruneian students can come to Bangladesh and take advantage of these institutes and we will be offering scholarships too,” she said.

At the end of last year, the United Kingdom (UK) and Brunei set up a strategic dialogue, during which His Majesty met UK Prime Minister Boris Johnson to discuss areas of cooperation such as defence, education and climate change.

“And of course, the UK is now the 11th dialogue partner of ASEAN. Brunei is our ASEAN coordinator country so we are working very closely with Brunei to deepen our relationship with ASEAN,” added the high commissioner.

Ambassador of Oman to Brunei Darussalam and Dean of the Diplomatic Corps Sheikh Ahmed bin Hashel Al-Maskari shared that he is honoured and privileged to have stayed in the Sultanate for eight years and eight months.

The ties between Brunei and Oman have been mainly on economy and culture, though there are also other aspects of cooperation.

“The leadership in both countries – His Majesty the Sultan and Yang Di-Pertuan of Brunei Darussalam and His Majesty Sultan Haitham bin Tarik – are both keen to see Oman and Brunei flourish in the best possible way,” said the ambassador.

“The relationship between the two leaderships – the late Sultan Qaboos and His Majesty the Sultan and Yang Di-Pertuan of Brunei Darussalam – lasted for many years. It was established on trust, friendship and brotherhood, which gave us the confidence that we will be able to do more for the relationship.”

He also shared that several flagship projects under Oman Brunei Investment Company (OBIC) has been flourishing in Oman and Brunei.

“We are honoured that His Majesty visited the Golden Corporation just a couple of weeks ago. It was very successful and we think the project can supplicate Oman as well; and we can have similar projects in the future,” he said, adding that among other projects supported by the OBIC include the Oman International Hospital.

Oman has also cooperated with the Ministry of Religious Affairs (MoRA) on the learning of Arabic language, with a project conducted to enhance skills of local teachers in Arabic language.

“We are moving forward. The sky is the limit for Oman and Brunei relationship,” added the ambassador.

United States (US) Ambassador to Brunei Darussalam Caryn McClelland, who arrived in the Sultanate at the end of February, said the relationship between both nations is “excellent and growing stronger everyday”.

She said the US was “thrilled” that His Majesty attended the US-ASEAN Special Summit recently in Washington DC, noticing the warm welcome US President Joe Biden gave to His Majesty and his delegation and looked forward to future opportunities.

“We just had the first US Naval ship visit Brunei over the past few days and the 300-plus sailors who were on the ship couldn’t stop talking about how hospitable and warm and welcoming the Brunei people were. They enjoyed their stay, and that is just indicative of the close relationship we have and our shared interests and values,” the ambassador said.

After the recent lifting of travel restrictions, McClelland hopes it will enable travellers from both countries to “be able to greet each other more frequently”.

She added, “We have worked on ironing out lots of issues together and I look forward to seeing more developments on those areas.”